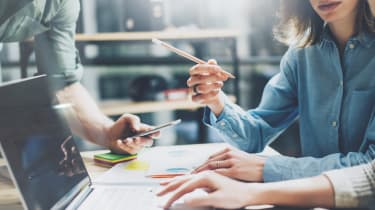 Google has launched a new start-up incubator in order to prevent talented employees from leaving to start their own companies, reports The Information.

The incubator, dubbed 'Area 120', will be overseen by Don Harrison and Bradley Horowitz and based in San Francisco, according to sources close to the project.

Current Google employees with plans to develop their own business ideas can apply to join the programme, which lets them work full-time on their projects for a number of months.

The name comes from Google's '20 per cent time' philosophy encouraging employees to spend 20 per cent of their office time working on fun side projects of their choosing. This has resulted in the creation of Gmail and AdSense, among other Google services.

While details are not yet confirmed and are thus expected to change, the idea would be for Google teams to join the incubator for several months.

When this time period ends, they will get the chance to pitch to Google execs in the hope of securing further funding and eventually establishing a new company with Google as an investor.

This will ensure fewer entrepreneurial employees will choose to jump ship in order to start their own companies without Google's involvement, according to The Information, as well as providing the company with exciting new businesses in which to invest.

The Information noted that former Google workers are behind some highly lucrative firms including Instagram and WhatsApp, which Facebook bought for $1 billion and $19 billion respectively.

Google already runs Google Ventures, rebranded to GV after it dropped its European equivalent in late 2015. The division was launched in 2009 in order to support start-ups such as Nest Labs, Uber, Slack and Kabam. Following Google's Alphabet restructure, the Europe-centric funding was incorporated into the main funding pool.