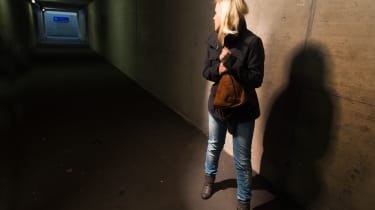 An interactive map will expose the worst spots for harassment in the UK as part of a wider national campaign to help people speak out against sexual violence and harassment.

The Google Maps-style software is the work of the Women's Equality Party, along with digital marketing firm Cheil London and browsing app Blippar.

The campaign, #WECount, began in London and is now being rolled out to the rest of the UK following its success.

The digital map, along with an accompanying social media blitz, will allow users to mark their experiences with Google Maps-style pins, displaying the results online and on a digital billboard in the capital.

Through Blippar's image recognition and augmented reality technology, 10 icons placed around the capital will show the Google Maps pins transformed into an exclamation mark that people can 'blipp' to receive content and information about the campaign and incidents in the area, including available support and victims' stories.

Sophie Walker, Women's Equality Party leader and London Mayoral candidate, said: "An estimated 400,000 sexual offences against women occur in the UK each year. Despite their frequency, the majority of these often violent incidents are unreported, and women are left feeling unsafe and unable to walk without fear on their own streets.

"It is vital that the victims of sexual harassment and assault have their voices heard as we strive to reclaim the streets for women and put an end to sexual violence once and for all." 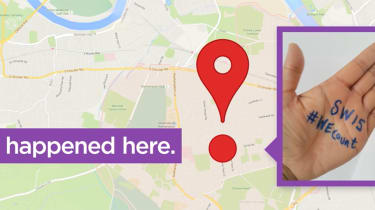 The campaign offers more information and support than the police's own crime mapping service, which allows users to see criminal incidents that have occurred in their area as well as their nearest police stations.

"It's brilliant that the success of this work means women across the country can lend their voices and experience to the fight against sexual crimes committed in the UK," said Caitlin Ryan, executive creative director at Cheil London.

"We truly hope the momentum keeps building in this battle against sexual violence, and that our work with Blippar makes Londoners take notice of the crimes being committed around them."