Barclays.net still trying to catch up after outage 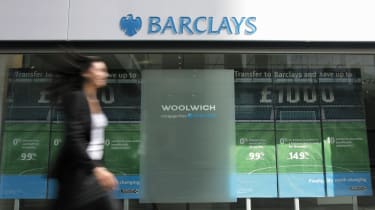 Barclays.net is back up and running after a long weekend outage, but the company still hasn't revealed why it went down.

Business banking problems began on Friday and although Barclays reported its systems were recovering after disgruntled customers complained, the problems continued into Saturday, Sunday and then Monday.

The outage meant businesses were unable to process payments to and from customers and suppliers before and over the long weekend, while staff had to wait to be paid in some cases.

Yesterday (Tuesday) morning, when banks returned to work, the company released a statement saying: "Service update: Login problems have been reported - being investigated.

"A small number of customers are experiencing difficulties logging in to the Barclays.Net service. This is currently being investigated and will be resolved as soon as possible. Please accept our apologies for any inconvenience caused."

Barclays has only said the problem was triggered when it decided to roll out a 'routine' update to its system, so it's pretty clear the issue wasn't a malicious attack. However, the company wouldn't go into more detail about what actually happened and why it wasn't completely fixed sooner.

The spokesperson said: "Earlier we experienced a technical issue affecting some payments during a routine update to our systems. Having taken action services are now returning to normal, and we would like to apologise for any inconvenience caused."

This isn't the first weekend-long outage Barclays has experienced in recent months. Last October, the bank suffered another outage that took its systems offline for a weekend, meaning customers couldn't withdraw money from cash machines or use their debit cards.

Once again, routine maintenance was blamed for the problems, although the details again, weren't revealed by the bank.