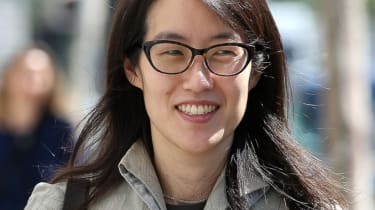 Ellen Pao, former interim CEO of Reddit, has joined with seven other women in tech to form Project Include, an organisation dedicated to improving diversity in the technology industry.

The aim of the non-profit group is to offer early to mid-stage start-ups guidance and information that will "accelerate diversity and inclusion solutions in the tech industry". The project is committed to diversity for all underrepresented groups, including racial ethnic and gender diversity.

As part of the project, companies are encouraged to be more inclusive of diversity in areas such gender, race, class, age, religion, education and sexual orientation, comprehensive in maintaining efforts to change the culture of their business, and accountable in tracking results and comparing successes.

"Change is hard, especially around a multidimensional issue like diversity," the group wrote on its official website. "It is so uncomfortable for us to talk about the diversity problem that we have not been able to fix it. Research has quantified the financial benefits of racial, ethnic, and gender diversity. Despite this, we have yet to see significant improvement in diversity numbers."

The group continued: "In the future, we'd like to look back at this period as a turning point. Out of the groundswell of attention and activity, how do we ensure that initiatives succeed and have lasting positive and meaningful impact? Which will prevail against founder ambivalence, entropy, and media capriciousness?"

"We want the girls, people of colour, and other underrepresented groups that we are encouraging to pursue STEM educations and future tech jobs to have real opportunities to succeed. Ultimately, does your company give everyone a fair shot at success?"