Google has been reading romance novels to its AI 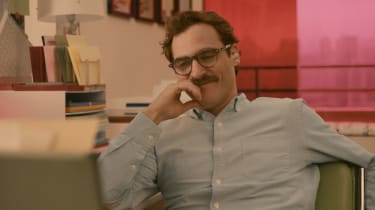 Google has been feeding its AI engine with text from romance novels in an effort to teach it about human personality and conversational skills, Buzzfeed reports.

The company wants to humanise its products, bypassing the stereotypically monotonous tone of AIs to inject some personality into things like the Google App.

The tech giant has already reported its AI having learnt to write sentences resembling those in novels such as Unconditional Love, Ignited and Fatal Desire.

Google's decision to use romance novels is that each novel in the genre uses a similar storyline only with variations in the way it's told. This allows the AI to learn about the nuances of the 'girl falls in love with boy, boy falls in love with a different girl' story beats.

By feeding enough books into the engine, it can understand how sentences contain similar meanings.

Andrew Dai, the Google software engineer who co-led the project with Oriol Vinyals, said: "In the Google app, the responses are very factual. Hopefully with this work, it can be more conversational, or can have a more varied tone, or style, or register."

The method won't just be used to colloquialise the Google App, according to Dai, but also to improve Google Inbox's 'Smart Reply' product, which presents users with three suggested responses from the company's AI engine. With this new feature, these responses could potentially become more and more conversational.