Facebook finds no evidence for anti-Republican bias, but wants to rule out any possibility

Facebook is making changes to its Trending Topics feature following claims that moderators were biased against right-wing news.

The social network will stop relying on big news outlets like the New York Times and BBC to decide what to show users, as part of a raft of measures designed to rule out any possibility of bias.

Its decision follows an internal investigation into whether Facebook had any "systemic political bias" after Gizmodo reported that staff had intervened to ensure stories about Republican politicians were not shown to users.

The investigation found no evidence of any partiality on Facebook's part, but Colin Stretch, general counsel for Facebook, wrote in a letter to Republican senator John Thune: "[It] could not exclude the possibility of isolated improper actions or unintentional bias in the implementation of our guidelines or policies."

This prompted a number of changes, including the decision to no longer rely on a list of 10 websites to decide whether a story is worth flagging to users.

"We will eliminate our reliance on external websites and news outlets to identify, validate, or assess the importance of trending topics," wrote Stretch. "This means that we will discontinue use of the top-10 list of news outlets, the Media 1K list, and the RSS feed."

Other changes to the Trending Topics section of Facebook include "additional controls and oversight" around the team responsible for overseeing what news users see, including "robust escalation procedures".

Facebook relies on an algorithm to decide what news to show people using its social network, but also employs news curators' to choose which specific topics make it into the Trending Topics box.

Gizmodo learned from anonymous sources that these people would use editorial bias to choose stories, just like a traditional news outlet does, but that this bias allegedly extended to censoring right-wing stories something Facebook has denied.

Now, Facebook will ensure its curators undergo refresher training emphasising that "content decisions may not be made on the basis of politics or ideology".

Stretch concluded: "We are proud of the platform and community we have created, and we hope that Facebook continues to be a place for robust and meaningful dialogue between and among groups and individuals of all backgrounds and political leanings."

Facebook chief executive Mark Zuckerberg has weighted in personally on an investigation into allegations of bias to the trending news on its social network.

The Facebook founder plans to hold open discussions with conservatives and people from across the political spectrum in an effort to demonstrate that the social network does not hold a political bias.

"This week, there was a report suggesting that Facebook contractors working on Trending Topics suppressed stories with conservative viewpoints," wrote Zuckerberg, in a post on Thursday.

"We take this report very seriously and are conducting a full investigation to ensure our teams upheld the integrity of this product."

Zuckberberg said that the company has not found evidence that the report is true, but promised to take action if it does uncover anything.

Following the news report, Facebook released guidelines that showed the methods it uses to select trending news topics relied strongly on human curators, as well as its company rules. This was a contradiction to its earlier assertion that its trending news was mostly an automated process.

Tom Stocky, Facebook's vice president of search, stated on Monday that the social network does not "insert stories artificially into trending topics". Facebook's documentation, however, says that news topics can be inserted by human editors.

Stocky also claimed the guidelines do not authorise the prioritising of one news outlet over another. But the documentation said Facebook checks its news against 10 news outlets to judge whether a trending topic is appropriate.

Allegations that Facebook has suppressed conservative news have led right-wing representatives to scrutinise the social network. US senator John Thune sent Zuckerberg a letter about the allegations, and has requested to know more by the end of the month.

In a supporting statement about its trending news, Justin Osofsky, Facebook's vice president of global operations, said its guidelines were simply "checks and balances" to help the social network "surface the most important popular stories".

Facebook has denied allegations that employees bias determines what goes in its trending news section.

Located to the right of users' news feeds, the trending news box supposedly shows people the most popular news topics, as decided by one of Facebook's algorithms.

Armed with this list, Facebook employs 'news curators' - journalists whose job it is to choose which specific topics are featured in the box. They write a headline and summary, and choose which news site to link to.

However, several of these curators have anonymously told Gizmodo that certain stories were intentionally promoted or discarded based on editorial bias - just like a traditional newspaper or magazine.

One, a conservative curator, claimed right-wing news was biased against by some curators. They told Gizmodo: "I'd come on shift and I'd discover that CPAC or Mitt Romney or Glenn Beck or popular conservative topics wouldn't be trending because either the curator didn't recognize the news topic or it was like they had a bias against Ted Cruz."

The sources claimed that stories regarding Facebook itself had to be approved by multiple levels of management before they could be included, regardless of whether or not they were organically trending.

Similarly, stories that were not being read by users but were deemed to be important were artificially injected into the trending section.

The reasoning behind this is likely tied to Facebook's ongoing battle with Twitter. The latter is often a source of breaking news, while Facebook still trails slightly behind. "We would get yelled at if it was all over Twitter and not on Facebook," one source said.

Facebook has stringently denied these allegations, with the company's vice-president of search Tom Stocky taking to the site to deliver a full statement on the matter.

According to Stocky, the company has "found no evidence that the anonymous allegations are true", and he stated that "we do not insert stories artificially into trending topics, and do not instruct our reviewers to do so".

"Our review guidelines for Trending Topics are under constant review, and we will continue to look for improvements. We will also keep looking into any questions about Trending Topics to ensure that people are matched with the stories that are predicted to be the most interesting to them, and to be sure that our methods are as neutral and effective as possible." 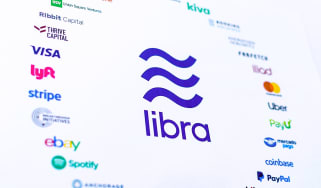