Trump's push for president gets some Silicon Valley support 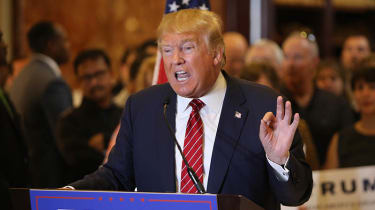 PayPal co-founder Peter Thiel has emerged as one of Donald Trump's official presidential campaign delegates in California, with rumours swirling he is on Trump's campaign-finance team.

Unlike his fellow PayPal co-founders and many other Silicon Valley luminaries, Thiel, now a venture capitalist, is a longstanding Republican supporter.

Trump wasn't his first choice as Republican presidential nominee, however.

Early in the contest, Thiel donated $2.6 million to Rand Paul's campaign, before shifting support to Carly Fiorina with a $2 million donation. Finally, he lent his support to Ted Cruz before he dropped out on 3 May and is now backing the last remaining Republican contender, Donald Trump.

While Thiel's support for the blonde bombshell has been confirmed through the publication of the list of candidate delegates, what role he will play within the campaign has not been publicly revealed.

However, CNN reports that Thiel is part of the Trump finance team.

Trump's tech policies are controversial, with the New York billionaire having claimed that America needs to close down parts of the internet for the sake of national security and to stifle Isis' recruitment efforts. He has also claimed that net neutrality could be used to censor conservative media outlets and has decried modern society's growing dependence on technology and internet connected devices.