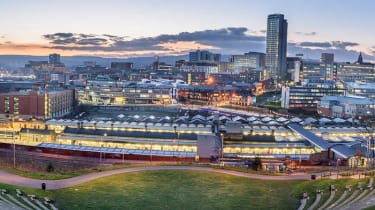 Tech London Advocates has launched a new expansion in the North of England, which aims to champion entrepreneurs and tech companies in the region with a new working group.

Tech North Advocates will be led by Volker Hirsch, co-founder of online games company Blue Beck and social enterprise investment firm Quantified Ventures, and Naomi Timperley, a Maserati100, mentor, growth consultant and director of Coo Digital. The organisation already has more than 60 advocates, including representatives from BT, the BBC and DotForge.

The new expansion will be based in Yorkshire, marking the organisation's first new working group inside of the UK.

"Tech companies in the North of England are proving the growth of the technology sector is not just a London success story," said Volker Hirsch, co-founder of Blue Beck and Quantified Ventures. "Tech North Advocates will unite private sector leaders across Northern cities to find specific solutions to the challenges entrepreneurs face around skills, investment and infrastructure."

London's support of the technology sector in the North, both from the government and other organisations such as Tech City UK, has been criticised in the past, with prominent members of Tech North leaving their positions earlier in the year following rumours of budgetary disagreements.

The launch follows that of Tech Nordic Advocates, TLA Africa, TLA China and TLA India. Part of Tech London Advocates' work is to connect London's technology sector with those around the world, with more than 400 advocates based outside of the UK.

Russ Shaw, founder of Tech London Advocates, said: "London is the world's only truly global city, and these additional working groups can help to ensure that our tech sector taps into and extends London's international commercial links. London is being recognised internationally as a growing tech hub to rival any in the world, and our working groups are reflecting this by adding more geographical groups, with more to come later this year."