Do Google's feminist emojis just distract from the bigger problem? 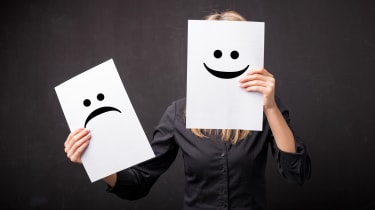 We all love emojis. Those cute little yellow faces and ever-expanding range of images that reduce full paragraphs of conversation into a mere poop or frowny face have quickly become a regular part of how many of us communicate with each other. So, if emojis are now baked into our everyday lives to such an extent, surely it makes sense for them to reflect the societies in which we live?

The fact that this isn't already the case is a problem, and it's one that people should be amending.

Today, Google employees unveiled a new collection of emojis aimed at depicting women doing jobs that they perform in the real world, but which are stereotypically seen as "male". People have been rightly praising them for it and if this submission to the Unicode Consortium the governing body with the power to make emojis official is successful, we will soon have female mechanic, female doctor and female scientist emojis to choose from, as well as a female tech worker.

While it may seem like a no brainer for many of us, the introduction of these emojis is significant in its real-world connotations.

"Google wants to increase the representation of women in emoji and would like to propose that Unicode implementers do the same," the submission document says. "Our proposal is to create a new set of emoji that represents a wide range of professions for women and men with a goal of highlighting the diversity of women's careers and empowering girls everywhere.

"The global women's equality movement is growing, so the time to create these emoji is now." 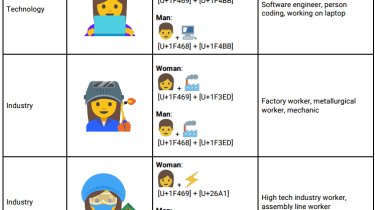 According to the document, young women are the most frequent users of emojis, and are more likely to use them at work when communicating with their peers. In that regard, this campaign makes a tonne of sense.

But women are also still fighting for fair representation in the technology industry, with fewer women working in the digital sector now than ten years ago. Women are paid less, are less likely to hold a senior position than their male colleagues regardless of talent, and are more likely to become victims of sexual harassment in the workplace.

Quotas are greeted with justified scepticism, but few alternatives are offered. There is a lack of girls studying STEM subjects beyond A-Level, and much of this reluctance has been attributed to a basic lack of self-belief taught to girls somewhere along the way. It's clear that a massive change in culture has to happen across education, industry and beyond, and that won't happen without a fight.

So emojis working for gender equality are a good thing, because representation has been proven to change things on a larger scale, but there's always a danger that small things like this can distract from a much larger, more serious problem that continues on with or without a cartoon avatar female tech workers can use.

It's true that we need to inspire young girls to study towards a career in tech, and we need to remove the assumption in society that CIOs and developers are all male nerds. But celebrating things without a critical eye on the barriers facing women when they enter the workforce is short-sighted, and the harsh reality must be highlighted as often as are the small steps taken towards equality.