While majority of users still on PCs, ad blocking for mobile is on the rise 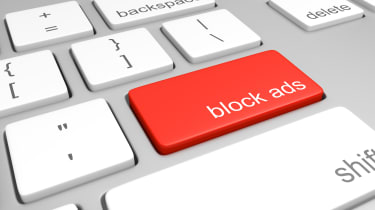 There were 198 million active users of ad blocking software as of August 2015, CNBC reports , with a recent study from eMarketer suggesting that more than a quarter (27 per cent) of internet users in the UK will start using it by 2017.

The majority of people who block ads do so on desktop or laptop PCs, but use on smartphones and devices is also rising. Reasons for this include ever-more intrusive and irrelevant adverts, as well as slow load times for ad-heavy web pages. By installing an ad-blocker, users are also less likely to have their data shared with third parties.

Sam Barker, author of the research, said: "Adoption is being driven by consumer concerns over mobile data usage and privacy. They are also incentivised to adopt the technology in order to reduce page load times."

Ad blocking software is also a concern for independent app developers, as the report highlights.

"The application in which adverts are blocked raises ethical questions about the future of independent and small scale app developers," the report read. "With ad blockers dissuading potential development, there is fear that app stores will see a decrease in the amount of new applications uploaded."

Last year, Google chose to stop Adblock Plus users from skipping ads on YouTube, though Apple added to the issue when it included content blocking software in iOS 9. Mobile operator Three has also announced plans to roll out ad blocking for all of its customers.