Singapore MP: 'The digital revolution will benefit those who understand it'

Mistrust in tech could lead to its misuse, says Singapore's minister for foreign affairs 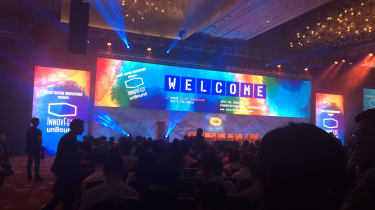 The digital revolution in artificial intelligence (AI), the internet of things (IoT) and robotics will most significantly benefit the lives of those who understand and embrace it, said the Republic of Singapore's minister for foreign affairs.

Speaking at the InnovFest unBound conference in Singapore on Tuesday, Vivian Balakrishnan spoke about the digital challenges facing the world and the ways in which the Singapore government is attempting to increase innovation and improve the lives of its citizens with technology.

He said: "The world is going through a rough time, there's gloom and doom in many parts of the world. There's a lack of opportunities and there are anxieties. Actually, the real diagnosis is that we are living through a digital revolution and this revolution is going to give huge opportunities to those who get it and understand it."

As a city-state, Singapore is in a unique position because of its single layer-government and compact size, which allows the country to roll out and test infrastructure more easily.

Acknowledging that people's perceptions of technology such as autonomous vehicles and service robots may not be universally positive or inherently trusting, Balakrishnan commented that there is a danger of this mode of thinking causing individuals to retreat from technology and digital innovation altogether.

"There are people who will worry that the combination of exploding and ever-improving artificial intelligence connected to robots will create this Skynet scenario," he continued. "If you connect enough artificial intelligence then perhaps at some point it will derive consciousness and decide that human beings are the problem and resort to the final solution.

"That's one fear, but even if you have that fear the answer does not lie in retreating from it. Frankly it's better if those of us who have morals and ethics master these technologies rather than someone else who will use it for purely commercial or political ends."

The Singapore government describes itself as a 'smart buyer', Balakrishnan added, allowing start-ups to nurture their ideas and quickly translate then into real-world applicable products and services.

To do this it will acquire products from start-ups and encourage 'large local enterprise' companies to partner with start-ups that have "potentially transformative" ideas. Going one step further, the government will fund these partnerships as part of a $40 million scheme to help foster collaborative innovation.

He said: "In my view that's a better approach than simply giving money and grants on the supply side, by focusing on the demand side of the equation. So if any of you have an idea, a product or a service that makes life better for citizens, come to Singapore, prove it, test it, prototype it and scale it.

"Then ultimately, because we are smart buyers, you can then go to the rest of the world and say, this product worked in Singapore, the Singapore government paid good money for it, and you know this means something."

In addition to high speed fibre that began rolling out to homes two years ago, Singapore's $2 billon Research, Innovation and Enterprise 2020 plan aims to translate research into real-world applications that could improve quality of life and job prospects for unemployed citizens.

"I believe the real thing that's happening right now is that we're living through a technological revolution... Artificial intelligence is improving and, unlike the earlier promise thirty years ago, I think this time is for real.

"What we're trying to do in Singapore is to create the most conducive environment for those people that get it, to be able to build it. In future people will come to Singapore and, when they leave, they will say 'I have seen the future, and it works'," Balakrishnan concluded.