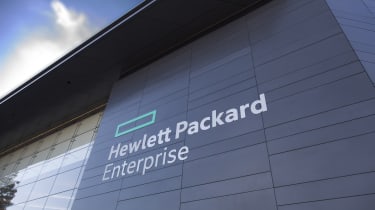 Hewlett Packard Enterprise (HPE) is dropping another division it once paid billions to own, spinning off its enterprise services division to let it merge with outsourcer CSC.

The move is the latest in a string of manoeuvres by CEO Meg Whitman to reorganise the tech behemoth, including splitting the company into HP Inc for consumer products and HPE for businesses.

HPE called the spin-off and tie-up with CSC the "next logical step" and said it will create a company worth $26 billion that focuses entirely on IT services.

"I am a devotee of focus, and this is going to be a laser-focused company," Whitman said according to the Financial Times.

HPE will hold half the stock of the combined firm, and the two will work together to serve existing customers. Mike Lawrie, currently chief of CSC, will become chairman, president and CEO of the new company, while Whitman will join the board.

The deal is set to be completed 31 March 2017. Shares in both CSC and HPE were up on the news.

Neither firm has said what the CSC and HPE division will be called, with reports it is currently being dubbed "Spinco".

HPE, then known as HP, boosted its enterprise services with a $14 billion purchase of Electronic Data System in 2008. It is not the only purchase HP has subsequently spun off: it bought Compaq in 2001 to compete in consumer PCs and printers only to hive them off in the split last year.

The remaining bits of HPE will be worth $33 billion in expected annual revenue, and will focus on its servers, storage, networking, infrastructure, and cloud.

Whitman said move leaves HPE "fully optimised" for higher growth, better margins and with "more robust" cash flow, while the company "will be in a stronger position to win than either organisation could have been on its own."

HPE is currently restructuring, cutting tens of thousands of jobs. Alongside the CSC announcement, HPE also reported its second quarter results, posting its first revenue growth in five years. That said, the growth was one per cent on year, and the company warned not too expect high growth in 2016.