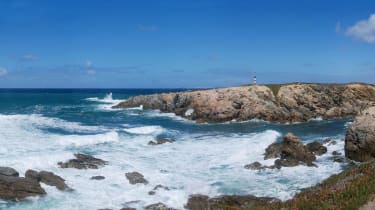 Microsoft and Facebook have announced plans to build the highest capacity data cable under the Atlantic ocean between the US and Europe.

The project, dubbed Marea, will have an expected capacity of around 160 terabits per second (Tbps) and will run between Virginia in the US and Bilbao in Spain.

Telefonica will manage the cable via its telecoms infrastructure firm Telxius, which plans to sell on any unused capacity to other customers. It will then network this connection to hubs in Europe, Africa, the Middle East and Asia.

The firm said the route is south of other transatlantic cable systems and would ensure more resilient and reliable connections for customers in the US, Europe, and beyond.

Marea will be designed by Microsoft and Facebook to be interoperable with a variety of networking equipment. The firms said this "open" design brings "significant" benefits for customers, such as lower costs and easier equipment upgrades.

They added this would lead to "faster growth in bandwidth rates, since the system can evolve at the pace of optical technology innovation".

"Facebook wants to make it possible for people to have deep connections and shared experiences with the people who matter to them most anywhere in the world, and at any time," said Najam Ahmad, vice president of network engineering at Facebook.

"By creating a vendor-agnostic design with Microsoft and Telxius, we can choose the hardware and software that best serves the system and ultimately increase the pace of innovation. We want to do more of these projects in this manner allowing us to move fast with more collaboration. We think this is how most subsea cable systems will be built in the future."

Frank Rey, director of global network acquisition at Microsoft, said in a blog post: "This marks an important new step in building the next-generation of infrastructure of the internet.

"The new cable will help meet the growing customer demand for high-speed, reliable connections for cloud and online services for Microsoft, Facebook and their customers."

The construction of the cable will commence in August 2016 with completion expected in October 2017.