The company has announced veteran software engineer, Dona Sarkar, as its new head of the program 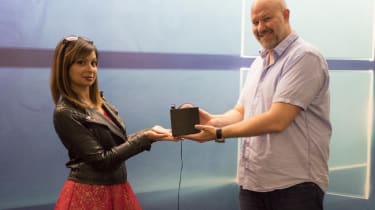 Dona Sarkar, long-time software engineer at Microsoft, has been made head of the Windows 10 Insider Program, taking over from former head Gabe Aul.

Responsible for various "invisible fairy godmother" tools such as File Explorer, Sarkar will now lead Microsoft's beta program and it's million of members whose job it is to offer the company feedback on early builds of Windows.

As part of a Microsoft profile on Sarkar, she said: "I am very excited about understanding more about what people need from their technology. When I look at businesses, I'm very interested in getting a better feeling for what they are trying to achieve and how we can help."

Sarkar joined Microsoft as a software engineer for the Windows team in 2005 and acted as lead developer for Windows Vista on features such as Autoplay, Bluetooth and Blu-Ray integration. More recently, she lead the developer engagement program for HoloLens, creating the #HoloHacks hackathon.

Writing in a blog post, Aul said: "I have worked with Dona for many years and think she is the perfect person to guide the Windows Insider Program forward. She has deep roots in Windows and started her Microsoft career as a software engineer during Windows Vista where she owned several device-heavy features.

"Dona is incredibly excited to take on this new role, and even when we first started talking about the possibility she was sharing great ideas and insights on where we can improve on the program going forward. She says that she has been 'waiting for this job for 11 years'."

Reacting to the announcement on Twitter, Sarkar added: I can tell you with 100% honesty that I never imagined this could happen to me. I'm the luckiest human alive."