We look at what organisations, including Girls Who Code, are doing to improve things for women in the industry 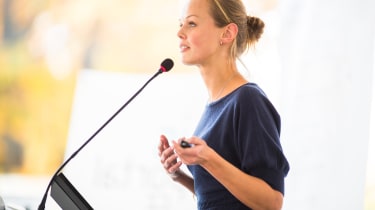 It's no secret that men vastly outnumber women in the tech industry.

In the UK, only 13 per cent of those employed as programmers or software developers are women, according to the 2015 Women in IT Scorecard published by BCS, The Chartered Institute for IT and the Tech Partnership. Additionally, less than 10 per cent of IT directors are women.

Many believe that the reason for this gender gap can be traced back to childhood. Young girls are not encouraged to pursue careers in technology. They are not provided with the resources that could help them do so.

Could something as simple as ensuring that more girls are taught to code help boost the numbers of women in the tech industry? Judging by the amount of organisations and initiatives currently working to do just that, there are many who think so.

One of these organisations is Girls Who Code, a non-profit based in New York working to close the gender gap in technology. Last month, they released a series of videos satirising stereotypes about why women are underrepresented in the computer technology field. The videos provide "reasons" why girls cannot code, such as "they have boobs", "they menstruate" and "they're beautiful." Each video ends with the same message: "Girls do code. Every other theory is ridiculous."

"There are already a ton of inspirational videos about why girls should code," Reshma Saujani, founder and CEO of Girls Who Code. "We wanted to try something different and use humour and satire to question the stereotypes that tell our girls that coding is not for them. Our hope is these videos will spark a much-needed conversation about the messages we send our young women and what we can do to create a more inclusive, well-rounded image of a programmer."

Other organisations include Black Girls Code, a non-profit based in San Francisco working to empower girls of colour to become innovators in STEM fields, as well as the UK-based Code First: Girls, which has provided over 1.5 million worth of free coding courses to more than 1,500 women in the last three years.

Even Google has created an initiative to get more girls interested in coding. In 2014, they launched Made With Code to provide young girls with a platform to learn computer programming skills. The website is filled with online activities that teach coding. Guided by step-by-step instructions, girls can learn how to make GIFs, customise an avatar, mix music and do much more.

Like the rest of the tech world, Google has a gender gap problem. Women only hold 30 per cent of the jobs at Google. Out of the company's technical employees, only 18 per cent are women. This discrepancy is even worse at Twitter, where the amount of women in tech roles is so low that the company's goal for 2016 is to up the number to 16 per cent.

One thing that might encourage more girls to become interested in pursuing a career in technology is having role models to look up to. Knowing, for example, that Karlie Kloss, an American fashion model and former Victoria's Secret Angel, likes coding might inspire more girls to want to learn. Despite being one of the highest-paid models in the world, Kloss takes time out of her busy schedule to take coding classes at the Flatiron School in New York. She is also passionate about getting other girls interested in coding. Last week, she opened applications for her Kode with Klossy Career Scholarship. One applicant per month will win free access to a nine-month code class to help prepare her for a career in tech.

"Code is going to continue to play a major role in defining our future," Kloss told The Guardian last year. "I think it's crucial that young women learn to code as early as possible to ensure that we as young women have a voice and a stake in what the world looks like."