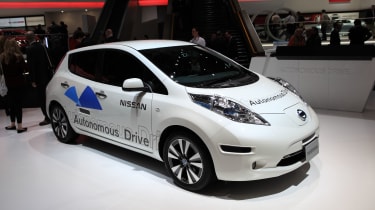 Microsoft may be making hurdles in its hardware business with the Surface range of devices, its Xbox consoles and Windows 10 mobile phones, but there's one area it just isn't looking to move into: cars.

Speaking at the Converge technology conference in Hong Kong, Microsoft's head of business development Peggy Johnson revealed the company's intention, explaining that only the software side of autonomous cars were of interest. "We won't be building our own autonomous vehicle," she stated, "but we would like to enable autonomous vehicles and assisted driving as well."

According to Johnson, Microsoft is "having discussions" with seven to eight automobile companies and tier one vendors about self-driving cars. Interestingly, this isn't just about improving a car's systems but also revolves around Cortana integration.

For now, it seems, Microsoft is still more interested in how people are using their cars and the activities they will get up to when they no longer have to drive.

"You're sitting in the car for many, many minutes a day," Johnson explained. "Can that be part of your new office, can that be your new desk, a place where you actually get work done? We believe it can. Each of [the automakers we talked to] had a little something different that they wanted."

With Google looking to help automakers build their own autonomous cars, and companies like Volvo investing heavily in their own software, it makes sense for Microsoft to think what will come next in this space. So, while it may not be building the autonomous car of the future, Microsoft could still be synonymous with the industry. Let's just hope the blue screen of death doesn't become more literal when it occurs inside a car.