The trials involved clocking up 200,000 hours of testing to check the most connected Olympic Games goes without a glitch 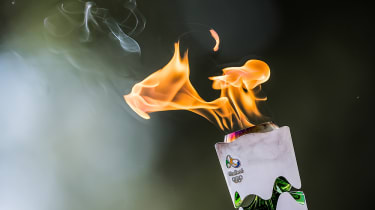 Atos has announced it has finished testing the IT systems for the 2016 Olympic Games in Rio, due to start in just over two months' time clocking up 200,000 hours in total.

Touted to be 'the most connected games ever', Atos has tested every aspect of the security tech being used in Rio, including communications, media, sports and technology security systems.

The company simulated what it believes will be the three busiest days of the Olympic Games - August 9, 10 and 12, to ensure the systems could cope with extra demand.

"Atos is leading the Olympic Games' IT transformation that will enable a fully connected global experience for the hundreds of thousands of sports fans at the Olympic Games venues in Rio as well as the billions of expected viewers around the world," said Patrick Adiba, Group Chief Commercial Officer, CEO of Major Events at Atos.

"The final Technical Rehearsal is just one of many key milestones in Atos' Olympic Games journey. Testing both the technology systems and our teams' readiness is crucial to deliver flawlessly the largest sports IT contract in the world."

The testing included trialling how the systems and IT teams could cope if there was a major catastrophe such as a flood, network disconnection, power failures, changes to the competition schedule and security attacks in any of the 22 Olympic venues.

Elly Resende, Rio2016 Technology Director added: "By simulating real events at real venues under conditions very close to those during the actual Games allows us to fully prepare all the key players involved to ensure a successful Olympic Games."