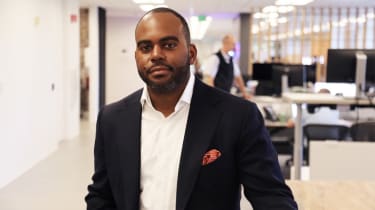 Auction bidding site eBay has hired its first chief diversity officer from Uber, as it tries to improve diversity and inclusion at the company.

Damien Hooper-Campbell will work with the senior VP of human resources and chief people officer, Kristin Yetto, after working as Uber's global head of diversity for a year - he previously worked as a diversity business partner and community strategist for Google's diversity, integrity and governance division.

"eBay is one of the pioneers in harnessing technology to level the playing field by creating a global marketplace that is truly inclusive and diverse," Hooper-Campbell said. "I look forward to leading eBay's efforts to foster an even more diverse workforce and inclusive workplace, which I believe can contribute to increased innovation and even better engagement with eBay's hundreds of millions of buyers and sellers around the world."

The company released diversity statistics in 2014, stating it was committed to attracting more women, racial minorities and LGBT people to its workforce.

Devin Wenig, president and CEO of eBay, said: "Since our founding, the power of inclusion, diversity and opportunity has been a central part of eBay's cultural values, our purpose and business success. Damien's experience, insights and leadership will enable us to build further on the strong foundation we have established over many years and advance eBay's diversity and inclusion commitment to a new level."