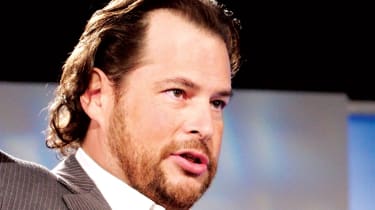 Salesforce attempted to buy LinkedIn before the company was acquired by Microsoft, according to reports.

Citing "people familiar with the matter", Bloomberg describes the cloud services company as "a potential rival bidder for LinkedIn ... in the process leading up to the professional networking website's acquisition by Microsoft".

A Salesforce spokeswoman told initially told IT Pro the company has "no comment on market rumours or speculation".

However, it has since become apparent that Salesforce's chief executive, Mark Benioff, told Recode the essentials of the story are true.

"It's the season of M&A ... We gave [LinkedIn] a solid look," Benioff said. "We are always looking to help our customers in new ways."

He also confirmed that Goldman Sachs acted as the banker during negotiations, but declined to go into details as to how far they went.

LinkedIn was ultimately bought by Microsoft for $26.2 billion, the biggest deal in its history and nearly 10 times the amount Apple paid for Beats Electronics, which is, to date, its largest acquisition.

Microsoft is expected to use LinkedIn to bolster its Office 365 and Dynamics offerings but, had Salesforce won the deal, it would have been a rather different story.

Indeed, Recode claimed that, according to sources, Salesforce was most interested in what LinkedIn is best known for -- its recruiting business, which brings in most of its revenue.

Bloomberg, meanwhile, speculated that Salesforce "could have used LinkedIn's vast trove of data on workers around the world to bolster tools that help customers close sales deals".