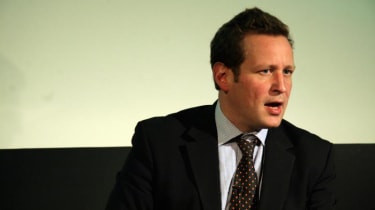 The UK's tech talent pool will be put at risk should it leave the EU, digital minister Ed Vaizey warned attendees at London Tech Week.

Speaking of the UK's success in attracting foreign investment and digital talent from countries in the EU, Vaizey warned that technology companies will suffer from a loss of the digital single market and a market of five million consumers.

"I'm involved in the digital single market and that's a massive opportunity for tech companies in the UK to spread their wings even more than they already are. The opportunity to play into a market of five million consumers you all know how important it is to be able to access the talent pool across Europe. We really can't put that at risk."

The MP previously spoke about his stance regarding the EU referendum at the Salesforce World Tour London event earlier in the year.

Start-ups in the UK overwhelmingly wish to remain part of the EU, a survey by non-profit trade body for start-ups, Coadec, revealed in February.

"We've had a massive success story in attracting investment and talent into this country and we all know how eager and competitive Europe is, whether it's Estonia, France or Germany," Ed Vaizey continued. "All of these countries want to attract the best tech talent. I know that we were to vote to leave on Thursday, that talent will be put at massive, massive risk."

Vaizey also spoke about the work the government has done it help tech companies across the country, citing tax incentives, support for skills, visa changes and help to grow unicorn companies.

A recent review by tech investment bank GP Bullhound of Europe's billion-dollar companies revealed that 18 out of 47 unicorns are based in the UK, with Sweden coming in second with seven and Germany third with six.

Manish Madhvani, managing partner at GP Bullhound, said: "There has never been a better time to operate within the European market... All the data points towards a stable, maturing market that has avoided the excesses of the US in favour of sustainable growth. We are seeing a remarkable resilience in European technology markets."