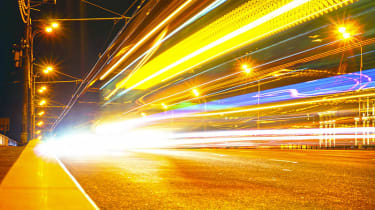 Smart cities must communicate plans to citizens in a way they understand, said Gartner analyst Bettina Tratz-Ryan, and make real use-cases clear to everyone in order to succeed.

Citizens are more likely to adopt smart technologies and allow their data to be used within smart city projects if plans are explained and contextualised from the start, Tratz-Ryan, research vice president for smart city and smart ecosystems at Gartner, told IT Pro.

"If [people] understand and see the value, they're more likely to download and submit their data to smart city applications," she said. "I think this is the interaction between having smarter technology and being smarter in communicating the benefits that will actually drive the adoption.

"If that doesn't happen, if we just come from the technology, you'll see more of a hesitance towards the implementation of it."

Gartner predicts that 6.4 billion connected 'things' will be in use worldwide in 2016, a 30 per cent increase from 2015. Tratz-Ryan attributes this jump to more smart buildings and smart homes, as well as adoption of smart lighting, guidance systems, home health for the elderly and home automation brought about by the reconstruction of neighbourhoods.

Smart cities could also spark a rise in citizen entrepreneurship, Tratz-Ryan said in the research - 'Open Data Governance is Key to Building a Smart City', written alongside analysts Jerry Mechling and Nick Heudecker - but not unless urban planners and development officers build open innovation and developer forums for their city.

On fears that smart technology used on a large scale could lead to job losses, she told IT Pro: "What we have to do as public servants and as the technology industry is really formulate the benefits of smart and intelligent systems and the way that people understand them as an opportunity to create and gain new skills which requires the infrastructure that can embed that but also the creation of new jobs because of that."

Huawei's Cmart City index named London and Bristol the two smartest cities in the UK for 2016, thanks the congestion charge scheme and the 'Bristol Is Open' project.