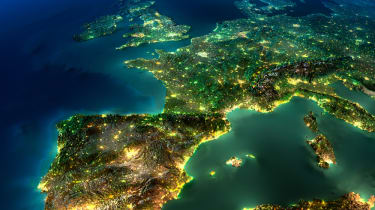 After 52 per cent of the UK voted for Britain to exit the European Union following yesterday's referendum, today has been characterised by uncertainty from everyone, not least the tech industry.

But what does this mean for start-ups and entrepreneurs those who have helped to make the UK a shining example of how the digital and technology industries can inspire change and innovation?

Entrepreneurs, founders and investors are questioning what such a huge shake-up could mean for their future, both in the short-term and the long-term.

UK start-ups overwhelmingly wished to remain part of the EU ahead of the referendum, a survey by non-profit trade body for start-ups, Coadec, revealed.

Only 19 per cent of the 175 respondents wished to leave, with access to the large single market and free movement of labour cited as primary reasons to remain. A similar survey by Tech London Advocates revealed that 87 per cent of London's tech community wished to stay.

Husayn Kassai, CEO and co-founder of 'next-generation' background checking firm, Onfido, said: "There is a powerful state of unease this morning as the UK wakes up to the Brexit news. There is a lot of uncertainty around but one thing for sure is that this is bad news for the tech industry.

"Gone are our hopes for a digital single market, there will now be question marks over London being a powerhouse for finance and technology, and it is likely to make it harder to attract top calibre tech talent to the UK. Now the tech industry and the UK needs to play with the cards we've been dealt and work out how best to move forward."

One fear is that investment in UK firms will begin to fall, with Britain no longer seen as valuable a hub for innovation and burgeoning business as it was 24-hours ago. But Hussein Kanji, founding partner of investment firm Hoxton Ventures, is as enthusiastic about UK business as ever.

"We're just as bullish on European - not just UK - investing," he said. We think the market for building global winning technology companies is robust, and growing rapidly. That said, we are disappointed by the uncertainty that this exit causes. Start-ups have enough uncertainty to deal with and we would prefer for them to not have to worry about currency risk, trade treaties and immigration policies."

"All of this may put London's leading position in Europe in the tech industry in jeopardy," Kanji added. "Depending on how things resolve with the EU, we may see the nexus move from London to somewhere else in Berlin or fragment across the European Union... This decision definitely takes some of the momentum out of the European tech growth story."

Much of the wider conversation surrounding the EU referendum has been the impact of immigration, but the tech industry has long depended on help from outside to help push forward innovation and fill the UK's ever-growing skills gap.

"It is disappointing to see that part of the popular rhetoric behind an exit was because of immigration," said Hoxton Ventures' Hussein Kanji, himself an immigrant to the UK alongside founding partner Rob Kniaz. "We believe Britain needs to open its borders to high-value immigrants, which are critical in building and scaling out these companies in the technology industry."

"Both Rob and myself are immigrants to the UK, and have been able to contribute to the economy by funding a number of leading UK tech companies."

Adam Byrtek, CTO of home professional hiring app Homyze and also an immigrant to the UK, added: "I chose to move to London mostly because it was seen as the most active European startup hub, and a diverse, buzzing city to live in. After leaving the EU this might change dramatically because of potential investment crunch, harder access to European markets, and shortage of skilled talent that is only going to get worse if anti-immigration policies are implemented.

"Right now, nobody knows what the future holds, but I'm seriously considering my options after the two-year transitory period."

Earlier this week, digital minister Ed Vaizey warned that tech companies would suffer from the loss of the digital single market and that leaving the EU would put skills and talent at "massive, massive risk".

Russ Shaw, founder of Tech London Advocates, however, was quick to reassure Britain that it would still welcome talent from abroad despite people voting to leave the EU.

"Today's result is not what the London tech sector wanted to see, but we will continue our efforts to build London tech and continue on our journey to make London a world-leading tech hub," he said. "Digital and tech entrepreneurship have really taken hold in London, and we will continue to nurture this in the coming months and years.

"During this week, which is also London Technology Week, Tech London Advocates has been focusing on the importance of diversity in tech, and after this result, the London tech sector will continue to celebrate and welcome talent from London, the UK, the European Union and from around the world."

Are things as bad as they seem?

The message from Mayor of London Sadiq Khan today was one of reassurance, and he urged businesses and investors across the world, "there is no need to panic".

"Although we will be outside the EU, it is crucial that we remain part of the single market. Leaving the single market of 500 million people - with its free-trade benefits - would be a mistake. I will be pushing the Government to ensure this is the cornerstone of the negotiations with the EU."

The future is uncertain, despite legitimate fears from those whose futures depend on the outcome of the referendum. Many, including Tech City UK CEO Gerard Grech, remain optimistic about how the UK will persevere and continue to grow.

He said in a statement: "The UK remains a world-class country with world-class resources and assets; people, finance, legal framework and supportive government. Nobody knows how this dramatic decision will eventually play out.

"But we can be sure the UK will remain at the forefront of innovation and entrepreneurship, and the tech community with its spirit of problem-solving will be at the heart of that. And as the eyes and ears of the UK tech community, Tech City UK will be here to play our part."

On the potential impact of Brexit on the rest of the international market, Niamh Bushnell, Dublin's commissioner for start-ups, told IT Pro: "We're pretty shocked here; I have to say. And of course, no one can predict how this will play out."

"The big question for me is not whether we'll attract more companies/capital into Ireland although that's a factor and of course, of interest. It's more how this will affect our startups selling into the UK, and into very uncertain global markets."

James Blake, CEO of Manchester-based international Big Data firm Hello Soda, added: "We are optimistic about the potential opportunities there may be in light of the result such as the depreciation of the currency increasing our international sales potential.

"We respect the votes of the whole of the United Kingdom and we look forward as an outward-looking business. The nature of the technology industry means that challenges and boundaries have never been less significant and we are confident the future for UK tech businesses operating internationally will remain strong."

It is possible that the effects of leaving the EU may be felt most by the next generation of start-ups, as Hiroki Takeuchi, CEO of GoCardless, posits.

"As a tech scale-up, we face unpredictable and emerging challenges all the time," he said. "But companies like GoCardless have proven their resilience in the market. We sympathise with the next generation of startups, who may suffer without some of the advantages that got us where we are today. But those who make it will demonstrate similar resilience for this new status quo. We must adapt accordingly."

And firms already planning to expand to Europe haven't been put off by the decision to leave the EU, as David Galsworthy, CEO and co-founder of Techspace, explained.

"This week we've actually just announced an expansion to Berlin, our first international coworking space and this decision was taken well in advance, regardless of the result of yesterday's EU Referendum," he said. "While it may seem like a strange time to make such a decision, we felt that whatever way the vote went, whether it be leave' or remain', it would have little actual effect on our expansion plans internationally."

"The reason for our confidence in such an international expansion is that technology companies, which Techspace specifically caters for, will, in our view, continue to generate rapid growth regardless of the Referendum vote. Also, given how interconnected the world now is thanks to technology, there is no doubt that London will also continue to be a central hub globally for this sector."

While the overall mood is one of uncertainty, then, the message for tech start-ups is one of reassurance and general optimism. Tech is a resilient and adaptable industry, and it will survive the UK's exit from the EU.

As Tech City UK's Gerard Grech tweeted this morning: "If anyone can adapt to change, the tech sector can."