Kayleigh Bateman won our recent diversity in tech award. Read on to find out everything you need to know about this worthy winner... 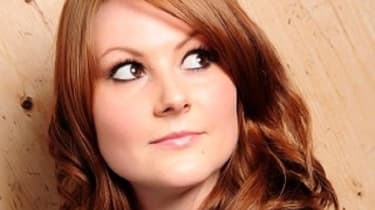 Telling the stories of inspirational women to support females professionally and to encourage more girls to reach their full potential is all part of the job for Kayleigh Bateman, winner of the Alphr/IT Pro award for diversity.

As head of digital content and business development for technology networking portal WeAreTheCity, Bateman is in charge of growing a community of women interested in developing their careers. The idea of the portal is to inspire women at all levels to step forward as role models - something that's urgently needed globally.

Since her arrival at the organisation last September, Bateman has launched WeAreTheCity's Women in Technology section, called 'WeAreTechnology.' She was also launch editor of the HeForShe section to showcase men in support of women in business. She also organises WeAreTheCity women in technology events.

Prior to that, Bateman was special projects editor at Computer Weekly, where she specialised in writing about women in IT, the IT skills gap and tech startups among other things. At the publication, she championed young girls to consider careers in Science, Technology, Engineering and Maths (STEM) by working with industry partners. She also managed and organised the Most Influential Women in UK IT awards online list and event.

Last year, Bateman was involved in the BCS Women in IT role models campaign. This month-long campaign was aimed at encouraging women of all ages, from young students to women returners, to consider a career in IT.

She says she is pro-diversity as its brings a variety of ideas to the table, instead of having a team that continues to come out with the same thoughts.

"Diversity doesn't just mean gender or even race, but also class, age, education background, amongst other things," she said in an interview with the BCS.

"That sounds great, right? A diverse team coming up with innovative idea after idea? And the reason why we don't see this reflected throughout the industry? Unconscious [biases] in the hiring process. The old 'you hire what you know' chestnut."

It has not been easy for Bateman to get into a position to help other women. Hailing from Essex, Bateman said when she first tried to get into journalism, the editor of a mobile phone magazine told her that he wouldn't let her "loose with CIOs" because of the way she talked. Luckily for Bateman, she got hired by a woman who saw a little of herself in Bateman.

Bateman says she would encourage every IT employer to consider hiring someone different for a change. "You never know they might surprise you," she said.