Conversations around diversity in tech need to become more inclusive 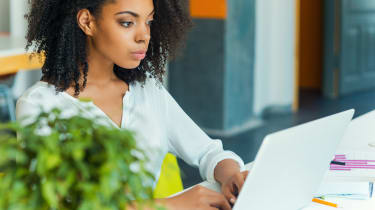 We need to do more. Gender diversity within the technology industry remains a problem that can't be ignored, with half of the UK's population underrepresented precisely when the sector needs to enlist all of the talent it can. But, with an uncertain post-Brexit future and a skills gap that continues to widen, we have to do more to make tech more inclusive, focusing on diversity as the giant, sprawling problem it is.

I began by talking about women, because that is quite rightly where much of the focus has been so far. As the largest 'minority' group, it makes sense for this to be treated as the first hurdle, with race, sexuality, gender identity, disability, class and religion coming later.

But things may be starting to happen. Last week 33 businesses committed to the Tech Inclusion Pledge in the US, and the Tech Talent Charter, an initiative designed to help create a more diversity-friendly recruitment process, was launched during London Tech Week.

When asked about a more intersectional approach to diversity during the launch event, CEO of Code First Girls Amali de Alwis, said: "The long term vision is for the charter group to not just stop at gender diversity, but to look at diversity as a whole.

"We decided between us that gender was probably a good place to start, and what you find is that this is just about making companies that are better for people who are different and who come from different backgrounds. Whether that's a woman, a man, someone who's gay, straight, who's transgender. You often find a trickle-down effect of, if you have good practices for one minority group often it's good for the others as well."

Speaking to IT Pro, Head of Stemettes Anne-Marie Imafidon added: "In the UK we're 13 per cent black and minority ethnic groups and 50 per cent female, so you're working where you can have the biggest impact. But having said that, the whole idea of perspective on diversity and 'different' is something of a slippery slope.

"When you're used to one type of different, then you're able to take on different people from different backgrounds, sexualities, abilities and all kind of differences and it becomes the norm. At the moment it's a largely homogenous group, so we want to get on that slippery slope."

Huge giants of the industry such as Apple, Twitter, eBay and Pinterest have all had criticism levelled against them for a lack of commitment to diversity, with many recent hires indicating that some at last are listening to concerns.

The role of female role models working in tech has often been highlighted as something invaluable to young girls, so by the same logic the presence of more black and ethnic minority women, LGBT women or disabled women would have an immeasurable effect on other underrepresented groups.

"It's the same reason I started Stemettes and not an organisation similar to Black Girls Code," Imafidon continued. "This is the most blatantly obvious one."

"Women of whatever socio-economic background, of whatever ethnicity, of whatever race, whatever religion aren't represented, and that tells you that the problem is actually with diversity as a whole."

So what's the answer? For now, it's to push harder for female representation in tech companies, and to celebrate existing role models and wins where we can. It's to acknowledge that there's a major problem that has no logical reason for existing, and is purely a result of deeply-entrenched hidden biases.

It's true that once improvements are made, everyone will benefit but, while we get there, the conversation around diversity in tech could and should be more inclusive.