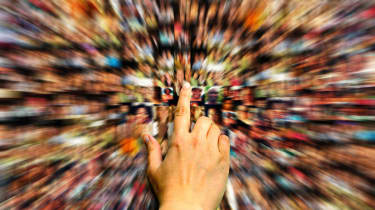 An app called TraffickCam is providing people with a simple way to help fight against sex trafficking.

Created by Exchange Initiative, the goal of the app is to build a database of photos of the insides of hotel rooms, giving investigators a way to match images posted by sex traffickers to locations.

"Traffickers regularly post photographs of their victims posed in hotel rooms for online advertisements," states Traffickcam.org. "These photographs are evidence that can be used to find and prosecute the perpetrators of these crimes. In order to use these photos, however, investigators must be able to determine where the photos were taken."

All users have to do is snap up to four photos of the room they are staying in and then submit them along with the hotel name and room number. TraffickCam recommends taking two pictures of the entire room from different locations, one picture of the bed from the foot of the bed, and one picture of the bathroom from the doorway.

Law enforcement can submit images from suspected trafficking advertisements to TraffickCam that are then checked against the database of 1.5 million photos from hotels around the U.S.

"If there's the same artwork and the same carpet and the same bedspread, that'll be a very high scoring image," said one of the app's developers, Abby Stylianou, a researcher at the University of Washington in St. Louis (via Vocativ).

Testing shows that the app is 85 percent accurate in identifying the correct hotel in the top 20 matches, reports TechCrunch.

Human trafficking is a huge problem, perhaps bigger than some might even realise. According to UNICEF, an estimated 21 million people around the world are trafficked each year. About 5.5 million of them are children. There is no easy or immediate solution for bringing about an end to modern-day slavery, but TraffickCam offers a way to start making a dent in the statistics.

TraffickCam is free and available for iOS, Android and the Web.