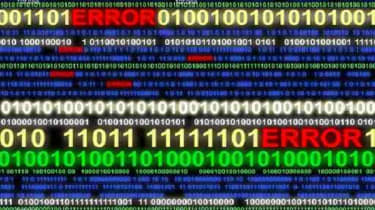 A website dubbing itself the "Library of Alexandria of software" has started collecting and preserving as much software source code as possible.

The Software Heritage project was created by the French research institute INRIA, and the site, which launched yesterday, currently archives more than 2 billion source files, 590 million commits, and 22.7 million projects, and claims it may already be the largest source code archive in the world.

"Software is now at the heart of the majority of human activities: from healthcare to entertainment, planes to agriculture," said Antoine Petit, CEO of INRIA, in a statement. "It is therefore legitimate for INRIA to address the issue of preserving all software-related knowledge, to help build and conserve world software heritage and to provide access to the latter for industry, science, education and the society at large."

INRIA has been working on the project for over a year, but decided it was now time to open it up for everyone to contribute, leading to a number of organisations, including Microsoft, to offer their support.

"We applaud the Software Heritage as an open project that will help curate and conserve human knowledge in the form of code for future generations as well as help today's generations of developers find and re-use code worldwide," said Jean Paoli, general manager at Microsoft. "We are proud to be one of the first industry partners for this initiative and to provide the Azure infrastructure to ensure the data is highly available."

Although the site might seem daunting to those who do not know what they are looking for, Software Heritage will eventually organise things in a way that makes them more accessible and emphasizes especially important projects and resources, reports Slate.