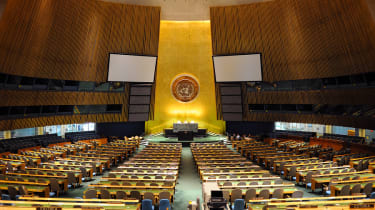 The resolution, passed by consensus on Friday, is non-binding but reaffirms the organisation's stance that "the same rights people have offline must also be protected online".

This is the first resolution to address internet shutdowns, according to The Hill, though the council has passed two resolutions since 2012 affirming people's digital rights.

The UN unequivocally disavows "measures to intentionally prevent or disrupt access to or dissemination of information online in violation of international human rights law and calls on all States to refrain from and cease such measure", reads the resolution.

Brazil, Nigeria, Sweden, Tunisia, Turkey, and the US came up with the resolution, while several authoritarian nations, including China and Saudi Arabia, as well as democracies like Russia, India and South Africa, opposed the resolution.

Russia and China sought to remove references to human rights, and led calls to delete the reference to expanding access to the internet.

Thomas Hughes, executive director of Article 19, a charity that takes it name from Article 19 of the Universal Declaration of Human Rights, which defends the right to freedom of opinion and expression, expressed his disappointment with the resolution's opponents.

"We are disappointed that democracies like South Africa, Indonesia, and India voted in favour of these hostile amendments to weaken protections for freedom of expression online," said Hughes in a press release. "A human rights-based approach to providing and expanding internet access, based on states' existing international human rights obligations, is essential to achieving the Agenda 2030 for Sustainable Development, and no state should be seeking to slow this down."

The resolution comes at a time when the use of government internet shutdowns have increased substantially as a way to control citizens. Digital rights group Access Now recorded 15 shutdowns in 2015, but has already recorded 20 shutdowns in the first half of 2016.

In the last month only, reports The Verge, the Turkish government blocked social media sites in the wake of the bombings at Istanbul's Atatrk Airport, while mobile internet was shut down in Bahrain and India following local protests and social media was blocked in Algeria in an attempt to fight cheating on secondary school exams.

Although the resolution is non-binding and cannot be legally enforced, Hughes called it "a much-needed response to increased pressure on freedom of expression online in all parts of the world".