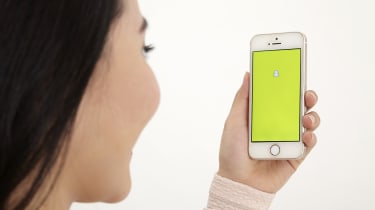 A lawsuit against ephemeral social media company Snapchat has claimed the app's Discover feature, in which publishers can pay to have their stories and snaps prominently displayed, is delivering unsuitable content to minors.

Young users of the site are able to view this content without restrictions, BBC News reports, with stories such as "10 things he thinks when he can't make you orgasm" from Cosmopolitan magazine fully viewable. The lawsuit, filed by 14-year-old 'John Doe' from Los Angeles, argues that Snapchat should not be pushing content without warning the user first.

"Millions of parents in the United States today are unaware that Snapchat is curating and publishing this profoundly sexual and offensive content to their children," the lawsuit reads.

"We are sorry if people were offended," a spokesman for Snapchat said in a statement. "Our Discover partners have editorial independence, which is something that we support."

Snapchat is a platform for content, and so arguably does not have responsibility over what its users decide to publish. However, it is also true that the Discover feature is highly curated by the social media company.

"Snapchat's tentacles are all over this content," Ben Meiselas, attorney with Geragos and Geragos, the law firm taking the case, told the BBC. "The layout, its format, what's presented on a day-to-day basis Snapchat is not a passive observer of this content.

"When you target minors in the way Snapchat does, you have certain obligations to children and parents when you open the door to this exclusive club that's curated by Snapchat. It's not an attack that could be enjoyed by an adult audience. This isn't attacking content providers, it's not attacking the freedom of the press."