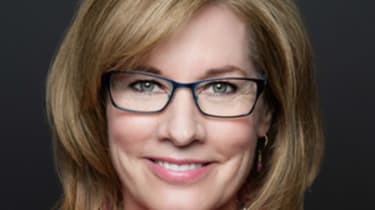 Elizabeth Denham has started in her new role of Information Commissioner this week, taking over from previous head of the ICO, Christopher Graham.

Denham's term will include the period running up to and the aftermath of the UK's exit from the European Union, presenting a number of challenges, including whether to adopt the General Data Protection Regulation to help the UK's trade with other European countries or to come up with a new set of rules and regulations.

Other challenges include helping the ICO decide how to deal with data thieves in the UK, whether this is by giving judges more powers or new legislation that would pass the responsibility onto another official body.

"I am delighted to have taken up this position and am excited about the challenges ahead. I look forward to working with staff and stakeholders to promote openness by public bodies and data privacy for individuals," Denham said in a statement.

Elizabeth Denham has been working in data protection and regulation for the last 12 years. The Canadian previously held similar positions in her native country and since 2010 she has been the Commissioner at the Office of the Information and Privacy Commissioner for British Columbia.

Her previous achievements include launching an investigation into the way Facebook handles privacy, which led to some changes to the way the company uses data. She will be paid 140,000 in her new role, which will last for five years as a minimum term.

Between Graham's departure in June and yesterday, Deputy Commissioner Simon Entwisle stood in as Information Commissioner.

Her appointment was announced back in April, when Jesse Norman, chair of the committee said: "The committee noted with interest Ms Denham's views on a range of topics, including the possible retention of emails as official records, the extension of FoI and directors' liability for data breaches, in particular."

"We also noted Ms Denham's track record on data protection with government in British Columbia, and her proactive approach to protection of privacy with major international technology companies," Normal continued.