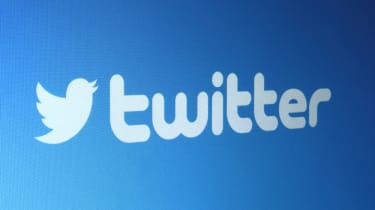 Twitter admitted today that it has failed to deal with trolls on its platform, after a star of the new Ghostbusters film quit amid a torrent of abuse directed at her.

A spokesman for the social network told IT Pro: "We know many people believe we have not done enough to curb this type of behavior on Twitter. We agree."

The company outlined plans to introduce a range of new measures after Ghostbusters star Leslie Jones closed her account yesterday after trolls targeted her with racist abuse.

Right-wing Breitbart journalist and political commentator Milo Yiannopoulos was also permanently banned from the platform, amid claims that he exacerbated the situation.

Yiannopoulos and his followers have seen this as an attack on freedom of speech, with Yiannopoulos blasting the suspension as "cowardly".

But Twitter's spokesman said: "People should be able to express diverse opinions and beliefs on Twitter. But no one deserves to be subjected to targeted abuse online and our rules prohibit inciting or engaging in the targeted abuse or harassment of others. Over the past 48 hours in particular, we've seen an uptick in the number of accounts violating these policies and have taken enforcement actions against these accounts, ranging from warnings that also require the deletion of Tweets violating our policies to permanent suspension."

The social network said it will shortly announce new reporting tools and a revised hateful conduct policy to combat harassment on its platform, after releasing some new abuse reporting tools in April.

"We are continuing to invest heavily in improving our tools and enforcement systems to better allow us to identify and take faster action on abuse as it's happening and prevent repeat offenders," the spokesman said. "We have been in the process of reviewing our hateful conduct policy to prohibit additional types of abusive behaviour and allow more types of reporting, with the goal of reducing the burden on the person being targeted. We'll provide more details on those changes in the coming weeks."

The incoming changes follow numerous cases of abuse on the platform, including campaigner Caroline Criado-Perez and Labour MP Stella Creasy being targeted with rape and death threats after launching a campaign for Jane Austen to feature on a UK bank note - two trolls were subsequently jailed.

Twitter also announced that it will open up its verification process to the general public, allowing anyone to apply for a 'blue tick'. This designation - which is seen by some as a badge of honour - is currently open only to select brands and individuals.

The tick allows users to filter their mentions, and also requires that those who request verification submit large amounts of personal information - potentially making it easier to identify prolific trolls.