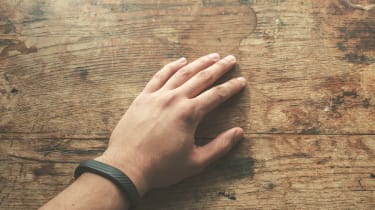 Fitbit's lawsuit against rival activity tracker Jawbone has been thrown out by an International Trade Commission judge and its patents ruled invalid.

The company was attempting to assert that Jawbone breached three of its patents - a wearable heart rate monitor, portable monitoring devices, and using a motion detector to monitor physical activity.

However, Judge Thomas Prender has ruled that these ideas are not patent eligible, and therefore recommended that the case be thrown out "in its entirety". The case was due to go to trial on 4 August.

"This case, among other patent actions, was brought improperly by Fitbit in an attempt to burden Jawbone with having to defend invalid patents in multiple venues," Jawbone said in a statement.

"While we are disappointed in the administrative law judge's decision, we believe we have a strong legal basis to ask the full Commission to reverse it," a Fitbit spokesperson said. "Fitbit will continue to assert its IP against Jawbone as appropriate to protect the innovations central to our product offerings."

The two wearable companies have been suing and counter-suing each other for over a year. Both companies argued patent infringement (and had their claims ruled as invalid), with Jawbone also alleging that Fitbit stole trade secrets by systematically snapping up ex-staff members.

"Jawbone's case against Fitbit before the ITC is still pending, and the company awaits a decision," Jawbone said. "Jawbone's trade secret action against Fitbit in California state court continues to move toward trial."

Fitbit is also currently in the midst of another legal battle - this time against a class-action lawsuit which argues that the company's PurePulse heart rate trackers are "dangerously inaccurate", and off by "a very significant margin".

The company is currently leading the fitness-tracking industry. It managed to double its sales last year but has taken a stock hit of over 70 per cent over the past 12 months, as investors fear increasing competition from cheaper or more fully-featured rivals.