Facebook's drones will be manufactured in the UK 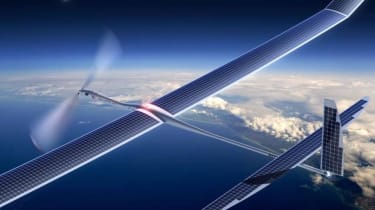 Facebook's internet drones will be manufactured by a British firm, helping those in remote communities access the internet without a hitch.

Dubbed Project Aquila, Facebook plans to use using solar-powered drones made by British company Ascenta to beam signals down to areas that wouldn't normally be able to get a connection. Emerging markets are its top priority, because that's where some of the remotest territories in the world are.

Facebook bought the Bridgwater-based company back in 2014 and set about building unmanned drones that could be used to fly over dangerous areas to provide residents with an internet connection.

Fast forward two years, and Ascenta has finished dismantling its first drone to send for testing in Arizona by the social network.

With the wingspan of a Boeing 737 aeroplane, Ascenta's drones are huge. However, they're also agile, and weigh less than a third of the weight of a family car.

"It needs to be light. Every kilo of extra weight means we need more power to fly it," Ascenta's founder Andy Cox told the BBC.

It can fly for around 90 minutes without needing to be recharged and is robust, apart from when it lands on a particularly uneven ground, as was the case during initial testing. However, for the technology to be viable, it needs to be able to continuously fly for three months and the current record held by a solar-powered drone is two weeks.

"Eventually we will fly at 60,000-90,000 feet, above conventional air traffic, where it's very cold, and for periods of up to three months," Cox added. "That means we can loiter around a given waypoint providing the internet without interfering with other traffic."