Twitter’s own paperwork appears to show its userbase is shrinking

Twitter's growth cooled down rapidly in its latest quarter, as its financial figures showed it lost users and saw revenue grow at a far slower rate than previously.

The social network attracted three million new monthly active users (MAU) to its platform in the second quarter of 2016, bringing its total MAU count to 313 million.

It claimed this represented three per cent growth year-on-year from the same quarter of 2015, a climb that would put the 2015 figure at 303.8 million, according to IT Pro's calculations. 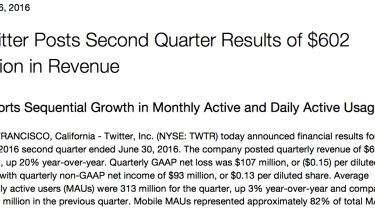 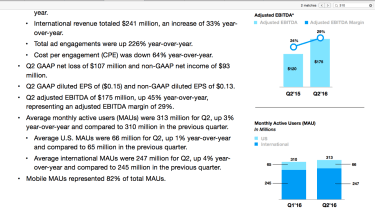 However, Twitter's own financial results for Q2 2015 record the MAU figure as 316 million, meaning its latest MAU count represents a one per cent decrease, as calculated by IT Pro. 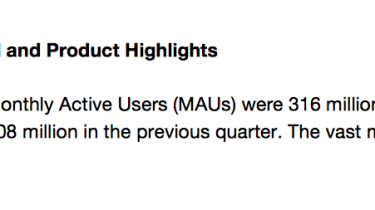 IT Pro has contacted Twitter about this inconsistency, but had not received a response at the time of publication. However, a statement from CEO Jack Dorsey on Twitter's latest quarter read: "We've made a lot of progress on our priorities this quarter. We are confident in our product roadmap, and we are seeing the direct benefit of our recent product changes in increased engagement and usage.

"We remain focused on improving our service to make it fast, simple and easy to use, like the ability to watch live-streaming video events unfold and the commentary around them."

Twitter's latest MAU figure was three million higher than the 310 million it recorded in the first quarter of 2016, but that means it has seen two consecutive quarters in which its total userbase has not hit the 316 million peak it recorded a year ago.

Users are essential to Twitter's ability to make money from advertisers, and the apparent inaccuracy on its own financial release means it has officially recorded a growth in user numbers, rather than the decline IT Pro's investigations suggest.

"Our Q2 results show good progress in monetization, but we are not satisfied with our growth in audience," Dorsey, then the interim CEO, said at the time.

This year, Twitter's rate of revenue growth is lower, and it appears to have fewer users than it did when Dorsey said he was "not satisfied" with audience growth.

Without better user growth, it will be harder for Twitter to attract advertisers to its platform.

This is a developing story that IT Pro will update as it learns more.