Mobile ad revenue soars by more than 80 per cent

Facebook now counts 1.7 billion people who use its platform every month, the company revealed during its second quarter financial results.

The social network reported massive growth across the board, with total revenue spiking by 59 per cent year on year to $6.4 billion (4.85 billion).

Advertising revenue grew even faster, with a 63 per cent uptick pushing it to $6.2 billion (4.7 billion). Within that, mobile ad revenue surged by 81 per cent year on year.

"We have a saying at Facebook that our journey is only 1 per cent done," Zuckerberg told investors. "And while I'm happy with our progress, we have a lot more work to do to grow our community and connect the whole world.

"That means making big investments and taking risks - focusing not just on what Facebook is, but on what it can be."

Now 1.1 billion people use Facebook every day, the company reported, and the average time each person spent using the platform saw double-digit increases across Facebook, Messenger and Instagram.

Zuckerberg also re-emphasised Facebook's commitment to bringing connectivity to the developing world, an initiative that has seen the company launching internet-beaming drones and free web connections.

Meanwhile, 360-degree images and VR content are becoming increasingly important to Facebook too. The 360 photos feature, launched earlier this quarter, is seeing 1 million uploads each week, the company said.

But Facebook is not neglecting its core platform either, tweaking background functions like search, and Zuckerberg confirmed that "continuous, steady improvement to services like search are an important part of helping people connect and realizing our mission". 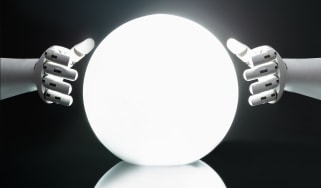