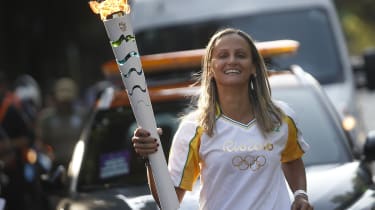 Following a spectacular opening ceremony and some absolutely fantastic events so far, the 2016 Olympics are well underway in Rio. Athletes from every corner of the world (at the time of writing, Team GB isn't doing too badly at all!) are representing their countries by using the amazing sporting talents they possess.

Whatever they achieve during the games, the very fact that they've gone out to Rio in the first place makes their countrymen and fans proud. But it's not just sporting heroes doing great things at the event. Some of the leading tech vendors and innovative technologies are also going for gold.

Gone are the days when you had to sit around a TV to watch all the games. Every single action and fixture is available to see from the touch of your fingertips, whether it be through online video services or keeping your eyes fixed on social media. And, at the same time, technology of all shapes and sizes are aiding athletes as they compete. So, without further ado, here's our tech guide to the 2016 Olympics.

Focusing on new and old tech

A great deal of work goes into organising the Olympics and ensuring the games go ahead as planned. With more than 11,000 athletes from 206 National Olympic Committees participating and thousands of spectators travelling from right across the globe to watch them compete, you can understand why there's a real focus on exploiting the benefits of new technology.

As a spectator, it's easy to stay up-to-date with everything going on at the sporting event. It doesn't even matter if you're actually in Rio or not. The official website - which is available in Portuguese, Spanish, French and English versions -  acts as an information gateway and hub for the entire occasion.

There are guides for every single game and sport, offering tips on how to get the most out of the game you've gone to, information on the sport itself and its history, advice on planning your trip and a map of the venue.

While that's far from revolutionary by technological standards, it's a handy facility to have, as you can download the guides and view them on your smartphone. There's a schedule and results board, which is updated in real-time, and you can find out information about all the teams and countries taking part. In addition, there's also a feature for discovering ongoing games, and you can purchase branded memorabilia from the official Rio 2016 store.

Mobile payments are playing a pivotal role, too. Visa has teamed up with Brazilian bank Bradesco to launch an NFC-enabled bracelet that Rio 2016 visitors can use to pay for goods and services at the event venues. The wearable is used in a similar way to contactless payment cards and will be accepted by 4,000 Olympic payment terminals. 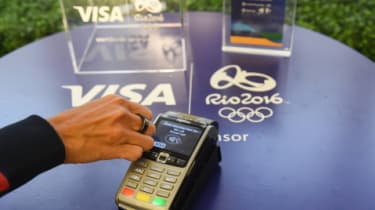 Visa has also developed a payment ring for the 45 athletes it sponsors. The latter doesn't need a battery or to be charged, and will survive in up to 50m  - meaning US swimmer and Olympic champion Missy Franklin can use it while training and competing.

"Visa has always stood for universal acceptance and the most secure and fast way to pay across merchants, borders and currencies," said Jim McCarthy, executive vice president of innovation and strategic partnerships at Visa. "Visa is transforming the way fans pay, giving them choice in how they want to pay for anything, anytime and everywhere."

Turn to the next page to find out more about the tech being used behind the scenes during Rio 2016...