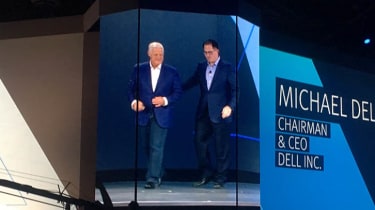 Dell's historic $63.4 billion (48.4 billion) acquisition of EMC is set to close next Wednesday, 7 September, after completing its final regulatory hurdle in China.

The announcement was made last night, one day after Dell CEO Michael Dell appeared on stage at VMware's VMworld 2016 conference in Las Vegas, Nevada, with VMware CEO Pat Gelsinger.

While VMware is part of the EMC federation of companies, it was confirmed some time ago that the virtualisation veteran would continue to operate more-or-less as a separate company, as it is not totally owned by EMC. Indeed, according to several reports, Gelsinger and Michael Dell went out of their way to enforce the message of VMware's autonomy.

At EMC World this year, it was revealed by Michael Dell that the name of the new company will be Dell Technologies, but that the EMC name will live on in the EMC II division and yet-to-be-created Dell EMC division, which will look after business enterprise products.

In a statement, Michael Dell said: "This is an historic moment for both Dell and EMC. Combined, we will be exceptionally well-positioned for growth in the most strategic areas of next generation IT, including digital transformation, software-defined data centre, converged infrastructure, hybrid cloud, mobile and security."

"The combination of Dell and EMC creates a new powerhouse in the industry - providing the essential technology for the next era," he added.

No doubt the future of the unified company will, once again, be the main topic of discussion at Dell World 2016, which takes place from 18 to 20 October. Be sure to visit IT Pro for all the latest, live, then.