Most of the job cuts will be in the US, report claims 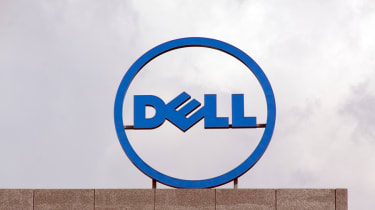 Most of the job cuts will be in the United States and will happen later this year, according to Bloomberg, which cites people familiar with the company's plans.

Dell finally completed its acquisition of EMC this week, almost a year after a proposed deal was first announced. The merger, worth $67 billion, is said to be the largest technology acquisition ever made.

Ares affected are rumoured to be supply chain and general and administrative positions, as well as some marketing jobs, said Bloomberg's sources, who asked not to be named because the dismissals are not public yet.

Dell did tell sister site Channel Pro this week that it would merge its sales channel with that of EMC's. Tim Griffin, VP & GM UK at Dell EMC, said: "Today we have two channel programmes. The intent is to have a single channel for February 2017."

Dell is hoping the cuts will help create cost savings of about $1.7 billion in the first 18 months after the transaction, but is largely focused on using the deal to boost sales by several times that amount.

"As is common with deals of this size, there will be some overlaps we will need to manage and where some employee reduction will occur. We will do everything possible to minimise the impact on jobs," Dave Farmer, spokesman for Dell, wrote in an e-mail.

While expanding revenue is the main focus of the deal, Dell founder and CEO, Michael Dell, said "there are some overlapping functions and that sort of thing - that's not the primary feature of this, but there is some of that".

He declined to give any estimate for job reductions.

The merger of EMC and Dell gave birth to Dell Technologies, which is now the world's largest privately-held tech company, with $74 billion annual revenue and a 140,000-strong global workforce.

Dell Technologies comprises Dell (client solutions), Dell EMC (infrastructure solutions), Pivotal, RSA, SecureWorks, Virtustream and VMware. It will be dual-headquartered in Round Rock, Texas and Hopkinton, Massachusetts - where Dell and EMC were headquartered respectively before the merger.