Researchers at DeepMind use WaveNet AI to mimic human speech 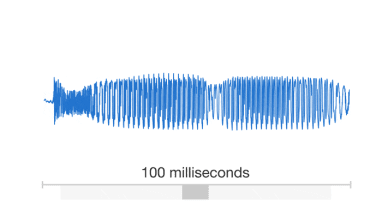 Artificial intelligence researchers at DeepMind have created some of the most realistic sounding human-like speech, using neural networks.

Dubbed WaveNet, the AI promises significant improvements to computer-generated speech, and could eventually be used in digital personal assistants such as Siri, Cortana and Amazon's Alexa.

The technology generates voices by sampling real human speech from both English and Mandarin speakers. In tests, the WaveNet generated speech was found to be more realistic than other forms of text-to-speech programs but still falling short of being truly convincing.

While other artificial speech generators focus on language, WaveNet targets the sound waves being produced, analysing raw audio signal waveforms and modelling speech on that. The researchers also used the same technique to produce music after listening to piano solos on YouTube.

"WaveNets open up a lot of possibilities for TTS, music generation and audio modelling in general. The fact that directly generating timestep per timestep with deep neural networks works at all for 16kHz audio is really surprising, let alone that it outperforms state-of-the-art TTS systems. We are excited to see what we can do with them next," said Deepmind in a blog post.

Deepmind has also published a paper that goes into much more detail on the technology.

The research outfit was also responsible for creating an AI system to beat a champion Go player this year.