Redundancies will ensue, especially in the engineering divisions 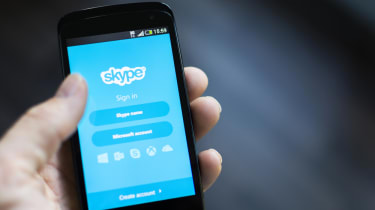 Microsoft will axe its UK Skype office, resulting in redundancies for both Skype and Yammer employees, it said.

Although Microsoft didn't confirm when or why it would be shutting down Skype's UK office, it said it has "made the decision to unify some engineering positions, potentially putting at risk a number of globally focused Skype and Yammer roles."

Microsoft said it is inviting employees to take part in a consultation process, where it will decide who stays and who goes, but it said it will make the process as easy as it can on those affected.

"We are deeply committed to doing everything we can to help those impacted through the process," it continued.

Although not unexpected, because Microsoft said it would be scrapping 2,850 jobs across the organisation in the fourth quarter of 2016, former employees of both Skype and Microsoft are shocked that it has decided to lose such an influential part of the company.

"This is disappointing," Russ Shaw, founder of industry group Tech London Advocates and previously vice-president of Skype EMEA told the Financial Times. He left the company when Skype was bought by Microsoft.

Microsoft will not close down other Skype offices around the world and some will remain in Europe, but insiders have suggested the company wants to replace pre-acquisition staff with its own.