Technology, society and the business of giving back

Tech for good isn't just about helping the planet or people, it's a new way of doing business 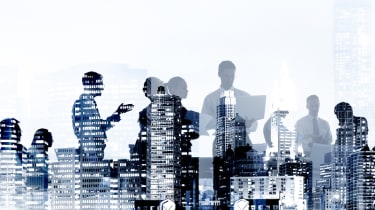 Technology has come on leaps and bounds over the last few years and is revolutionising the way we work and live in many different ways. With smart devices at our fingertips, we can do pretty much anything.

It's a great feeling, and the benefits are wide-ranging, such as improved productivity and collaboration. The companies producing these devices and solutions, meanwhile, are making millions in profit, so it's fair to say that everyone is reaping the rewards.

But while tech is great for living and work, it's also capable of doing wider good. Businesses and charities right around the globe are turning to the latest innovation in a bid to tackle problems faced by humans, animals and the world. Here are three examples of companies embracing the idea of "tech for good".

A tech solution to save bees

There's major potential in using tech to save endangered species, particularly bees. In the 1950s, there were 50 species of bee, but now there are only 25. Their decline has been provoked by a plethora of causes, from climate change to diseases. But two tech companies have developed a solution that could save them.

Digital security company Gemalto and Internet of Things (IoT) firm Eltopia teamed up with the University of Minnesota on a project to stop bee extinction. They created an IoT solution called MiteNot, which aims to address colony collapse disorder (CCD), which is fuelled by the Varroa Destructor Mite and has caused honey bee populations to decline by 58%.

In order to get rid of these mites, bee handlers typically use pesticides, although these can end up harming the bees too. MiteNot deals with the mites but doesn't kill the bees. It uses a compostable smart frame and a plethora of sensors that automatically monitor and manage the temperature of beehives. When the mites are detected, the controller can elevate heat in a particular part of the hive, sterilising mite larvae and killing adult mites.

Manfred Kube, head of M2M at Gemalto, says: "Honey bees are essential for the pollination of 70 of the planet's top 100 key crops, and their pollination contributes $2,913 a hectare to the global economy it's vital that efforts are made to slow the population decline. The MiteNot project is a great example of how connected technologies can be applied to new sectors, and can be responsible for environmental and ecological good."

Money solution for the developing world

Named one of the UK's fastest growing tech companies by Deloitte, WorldRemit is another firm driving the tech-for-good revolution. It has developed an international remittance solution that aims to help the 2 billion people worldwide who don't have a bank account to become financially included.

Many people in the developing world may have to travel miles to pick up cash remittances from physical locations and, with no access to a bank account, they end up stashing money in their homes, which increases the risk of robberies and other crimes.

With WorldRemit, they can pay bills, school fees, purchase groceries and access their finances in a safer way. Gabriella Poczo, the company's chief technology officer, has played a pivotal role in the firm's growth. She joined after spending 20 years working in Silicon Valley for companies such as Skype. Poczo decided she wanted to give something back to the world. Now she runs all the company's technology operations. She says the company is solving a crucial problem and is continuing to grow.

"Many millions of people, especially in developing countries, rely on money transfers or remittances - sent by their family members working abroad. To collect a remittance, these people will typically have to travel to their nearest money transfer agent to collect cash. If they live in a rural area, the journey may be long, expensive and even dangerous. Bank transfers are not an option for the two billion people worldwide who lack access to formal banking services," she says.

"To overcome the problem of financial inclusion, Mobile Money services have emerged in many developing countries. Mobile Money allows you to securely send, store and receive money, as well as pay for goods and services with just a basic feature phone, even without a bank account. Services like M-Pesa in Kenya, MTN Mobile Money across Africa, or bKash in Bangladesh have proven incredibly popular. In fact, there are over 271 Mobile Money services worldwide and more than 411 million registered accounts."

British households bin 7 million tonnes of edible food annually, according to Love Food Hate Waste, while a third of food is thrown out globally. This is happening while people are increasingly relying on foodbanks to feed themselves and their families and malnourishment and starvation still stalk many populations around the world.

Greentech startup Olio wants to solve this problem. Its food sharing app is the first of its kind in the UK and was launched to combat food waste at a hyperlocal level. Aimed at starting a food revolution, the app lets you give unwanted food to others. You simply list food and organise for locals to pick it up.

The company is the brainchild of entrepreneurs Tessa Cook and Saasha Celestial-One, who grew up in rural families where food was thrown out often. Cook was brought up on a farm and says she witnessed her family regularly wasting food. And Celestial-One is the daughter of Iowa hippies.

"We aim to address the problem of good food being thrown away by combining cutting-edge mobile technology with the power of the sharing economy and an engaged local community. The Olio team is busy launching the app in cities across the UK," they tell us.

"Without a doubt, our biggest achievement has been harnessing the energy and passion of our 3,000+ volunteers who have reached out to us from all over the country, and world, to help spread the word about Olio in their local communities. As a result of all their hard work, and the enthusiastic use of the app by our users, we have saved over 100,000 items of food so far this year."

Tech may be about personal and corporate benefit, but as these three companies prove, it's also able to do a lot of good in the world. By using the latest innovations, we can address many problems and make the planet a much better place to live overall.