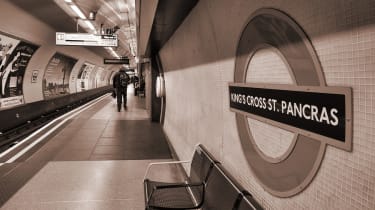 Google has renewed its search for a construction firm to build its new 1 billion London headquarters near King's Cross, Bloomberg has reported.

Despite Google withdrawing its plans to build a new super-office in the capital just two months after the company's planning application was approved in 2013, it has now decided to recommence with the plans and wants to start construction before the end of 2017.

If the original plans had been on track, construction would be well under way now and the company would be prepping for its employees to move in from early 2017.

Its planning permission obtained in 2013 suggests the building is set to be a 920,000 square-foot (85,000 square metre) building next to King's Cross station, replacing its current Victoria and Holborn head offices.

The plans include a roof-top running track for employees to enjoy and a swimming pool, making it one of the most desirable buildings to work from in London. Google decided not to build it though, because it apparently didn't think the plans were ambitious enough.

Joe Borrett, head of real estate and construction at Google, said at the time: "We have a great plan for the new building, but we want to challenge ourselves to do something even better for Google, King's Cross and for the local community."

While Google was making its mind up about building a new HQ, it moved its staff into two rented properties - one located at 6 Pancras Square and another at the King's Cross Central site.