Human rights activist can no longer use web from Ecuadorean Embassy 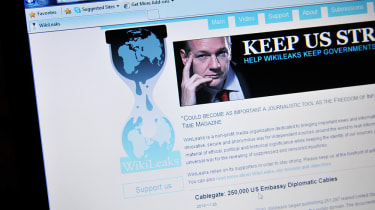 Authorities have shut down activist Julian Assange's access to the internet, although no one has revealed who cut off the connection from the Ecuadorean Embassy.

Wikileaks said the action has been taken by an unidentified "state actor" although suggested it may be someone behind Hillary Clinton's presidential campaign because the leaks website has recently been revealing emails from Clinton's political campaign.

The emails included information sent by campaign chairman John Podesta to the candidate, including information about speeches she was paid to make to Goldman Sachs. The transcripts include light-hearted communications with many of the executives at the company, triggering claims she is getting too familiar with the bankers.

One claim revealed in the emails was that she wanted to intervene in Syria, although it's not clear whether the emails were sent in jest or are actual plans.

The transcript of her speech at Goldman Sachs in South Carolina included the line: "My view was you intervene as covertly as is possible for Americans to intervene."

The emails were apparently hacked by Russian hackers who wanted to tarnish the campaign, although no one has taken responsibility as yet.

Wikileaks said it has actioned its contingency plan to get the connection up and running, but hasn't yet revealed whether Assange is back online. The Ecuadorean Embassy couldn't reveal any more information either.

Julian Assange has been hiding out in London's Ecuadorean Embassy where he is being protected from extradition after he was accused of sexually assaulting two women in Sweden.