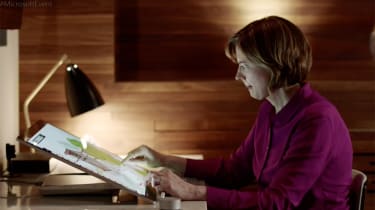 Microsoft is leaving its Redmond base today to travel to New York City, where it plans to reveal its latest hardware line-ups, as well as a few software upgrades.

This year's focus will be on 3D, with new products in its Surface range and updates to its Windows 10 operating system expected to be pitched at the global design community.

With the event coming just a day before Apple's, which is expected to heavily feature enhancements to its MacBooks, CEO Satya Nadella knows this is a chance to get the message out about Microsoft's products before everybody is swamped in Apple news.

Nadella and his team are speaking at 3pm BST, and you can watch the event live here.

Check out the rest of this article to find out what's likely to happen, though, and be sure to refresh our blog during the event to keep up to date with the latest announcements. 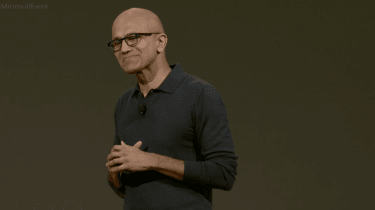 Microsoft CEO Satya Nadella closed out the show, talking about Microsoft's role in empowering the next generation of creators through tools like Minecraft, Paint 3D and Office. He also bigged up the concept of 'mixed reality', and said that Microsoft is democratising the medium for everyone.

Surprising absolutely nobody, the Studio can be raised, lowered and rotated to any angle, allowing users to draw and draft at similar angles to the Surface Pro 4. The Surface Studio has palm rejection, meaning you can lean on the screen while you write and draw on it. Naturally, it also works with the Surface Pen.

The Surface Dial control - the little round peripheral - works as a universal Windows control. It can be used to scroll through documents or web pages, spool through audio or video, and adjust brightness. It can also be placed on the screen, and integrates with software like Photoshop, to be used as a colour wheel. 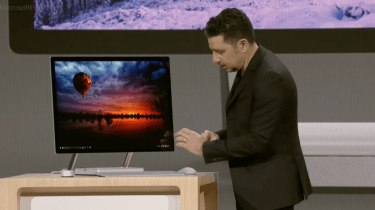 The rumours were true - Microsoft did indeed reveal an all-in-one Surface unit, called Surface Studio. It boasts an Intel Core i7 processor, an nVidia GTX 980m GPU, 23GB of memory, a 2TB hard drive and 28in touchscreen display, which Microsoft claims is the thinnest LCD ever built at 12.5mm. It also features a hinged stand, allowing you to pull the screen down to use as a graphics tablet.

The display pushes over 13m pixels, uses TrueColor, has a PPI of 192 and can even switch between sRGB and DCIP3 on the fly. In addition to the touchscreen and traditional keyboard and mouse control, the Studio also has inbuilt microphones for voice command via Cortana, and a dial control with haptic feedback for precise scrolling. 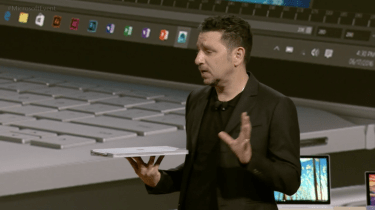 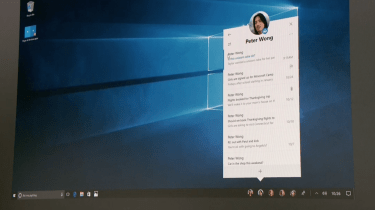 Microsoft announced the inclusion of a taskbar widget, allowing you to contact and share with your five favourite contacts. Your five favourite people will come up first in any Windows 10 share widget, or can simply drag the content you want to share to their portrait on the desktop.

Multiple communication services will be integrated, including email, Skype and SMS for Android andWindows Phones. Users will be able to send emoji, and will allow users to look through a dedicated inbox for each contact. 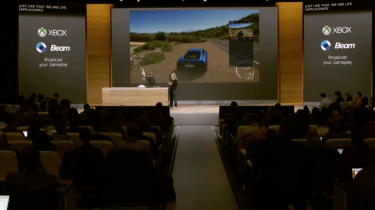 Microsoft is jumping on the lucrative livestreaming bandwagon, with a new Twitch-style service called Beam, which will be built in to the Windows 10 Creators Update. The service integrates directly with the Xbox Live app, allowing friends, followers and other online acquaintances to easily tune in.

Players can also create their own custom tournaments using Microsoft's Xbox Arena feature, with their own rules and structures. The service will also automatically collate the scores and judge the winner.

In addition to the HoloLens AR headset, Microsoft also showed off virtual reality environments, including a virtual home with app icons, content creation tools and a virtual tour app. HP, Dell, Asus and Acer will all be producing VR headsets for Windows, which will start at just $299. The headsets will also reportedly include movement sensors, allowing full body tracking without costly sensor setups like the HTC Vive. 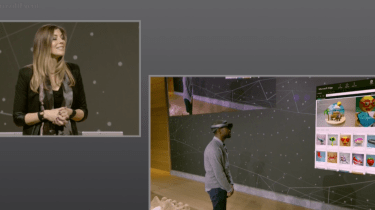 Another application the company showed off was using 3D content with Microsoft's Edge browser on HoloLens. The company showed off a proof of concept that allows user to pull 3D versions of furniture items into their environment, to see what they'd look like in their home.

Microsoft has also announced that 3D models can be integrated directly with Powerpoint presentations, just as easily as adding an image. The model can be used with slide transitions, zooming in, panning and rotating to other sides of the model - all smoothly animated.

The first update in the new Creator's Update is a brand-new and improved Paint app - now named Paint 3D - which allows users to create 3D art as easily as 2D. This is aided by s new tool called the 'Windows 3D capture experience', which allows users to digitally scan a 3D object by taking a 360-degree photo. 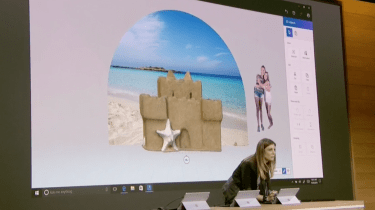 Microsoft has announced that the next release of Windows 10 - previously codenamed Redstone 2 - will be named the 'Creators Update', and will feature enhanced gaming features, sharing tools, and a host of features designed to enhance 3D content creation. 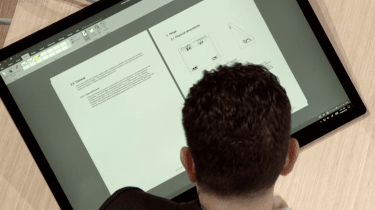 Like the rumours suggested, Microsoft launched an all-in-one Surface, called the Surface Studio. It's aimed at designers, and features an Intel Core-i7 processor, an nVidia GTX 980m GPU, 32GB of memory, 2TB of storage and a 28in touchscreen display. Naturally, it also works with the Surface Pen, and Microsoft has also introduced a second peripheral called the Surface Dial, allowing fine-tuned control of various different system and UI elements.

The Surface Studio will be available in limited quantities this holiday season, and is available for $2,999. 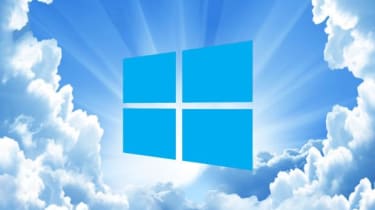 Microsoft's next update to Windows 10, dubbed Redstone 2, is not arriving until March 2017, but Microsoft is loading it with plenty of features. 3D content is a strong feature, with a new Paint 3D app and HoloLens integrations, but there are also new features for business, gaming and communications. 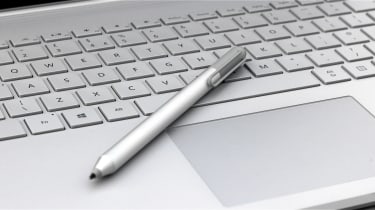 Microsoft unveiled an updated version of the Surface Book - the Surface Book i7. It features twice the graphics and performance, with an improved battery life totalling 16 hours. Pre-orders open on 26 October, starting at $2,389.