Ban is reportedly related to 11 arrests of opposition party politicians 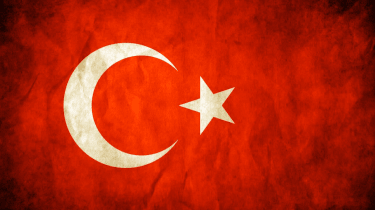 The group broke the news today around 1am local time, saying the government was throttling these services. This is a method of slowing down websites to the extent that they become difficult to use or unusable.

Initially, issues with the social media and messaging apps detected on national provider TTNet, Turkcell, and they were soon reported on other big internet providers as well.

The block follows the arrest of 11 politicians from the pro-Kurdish Peoples' Democratic Party (HDP) overnight in the south-east of the country. Many reports are linking the social media block to these arrests, with the HDP the main opposition party to that of Turkish president Recep Tayyip Erdogan.

The internet was entirely shut down in Turkey's southeast region earlier this week, a problem that was said to have affected around six million people.

Last month, after a leak of private emails that belonged to Erdogan's son-in-law Berat Albayrak, the government had limited access to cloud services such as Dropbox, Google Drive and Microsoft OneDrive.

This is the first time that WhatsApp has experienced restrictions in a whole nation, according to the Independent.

After a failed military coup in July, president Erdogan declared a state of emergency, allowing his government to draft new laws without approval of the parliament.

The government also recently announced that they would propose to make Erdogan "executive president", increasing his power further.

Turkey is one among many countries with a history of blocking online services for political reasons, or as a form of censorship to allegedly avert civil unrest.