Why new businesses are opting for co-working 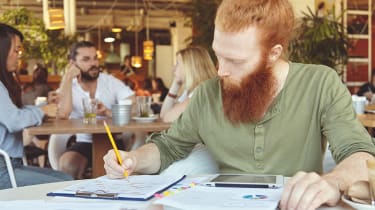 The last few years have been tough for business. We've drifted out of a recession and witnessed many political upheavals, with the recent referendum on Europe being one of them. But despite (or perhaps because of) this, people are increasingly setting up their own businesses.

In 2015, startup launches surged by 4.6% according to Companies House data with, 608,100 new businesses were launched in the UK alone, compared to 581,173 a year earlier. A big part of this comes down to encouragement from the government and other organisations in the form of incentives and grants.

Co-working has become an integral part of the UK startup scene, especially in the technology and digital sectors. The fact is, starting a business is costly, and renting an office can be a drain on money. Co-working, where you run your company from a shared working environment, has become a viable alternative.

Aside from saving money, coworking offers many other benefits too. Co-working hubs can be found throughout the UK and offer entrepreneurs a unique opportunity to grow their businesses among like-minded individuals. In this sense, these spaces act as support networks and are helping to stimulate business growth.

In most cities and towns, you'll find a selection of co-working spaces. Some simply offer affordable office space, while others aim to provide a community where these new businesses can flourish. There's also often a focus area, such as tech and creative industries, with TechHub Swansea being one example.

Launched in December 2013, Tech Hub Swansea has created a space where local tech entrepreneurs and businesses can meet, work and collaborate, making use of a modern working environment and superfast broadband. It doesn't just run coworking services either, but also runs regular events, workshops and hackathons to foster and stimulate the growth of the surrounding tech scene.

Paul Harwood, co-founder of the space, explains that coworking is a good option for startups because it gives them a way to network and grow. "Co-working is extremely valuable and direct. You can achieve a lot through connecting with others over a coffee or across a desk," he says.

"Each space brings its own atmosphere, largely set by the personalities of the community. Our co-working space in Swansea is much more open and accessible than spaces I have worked in over the world; enthusiasm is infectious, people are friendly and problems are easily shared and solved."

The main idea behind co-working is to support entrepreneurs going through the early stages of setting up and growing a business. Runway East, which is based in Finsbury Square and Shoreditch, London, is another successful tech-centric co-working space. Currently, more than 400 people work across both locations.

Natasha Guerra, managing director of Runway East, says coworking is a hassle-free way for businesses to scale and generate profit. "There's short lease making office space affordable, zero operation hassle as your internet, tea, coffee are provided to you, and a community of people to support you and help drive your business forward," she tells IT Pro.

When it comes to getting the most out of coworking, Guerra says individuals and companies need to be prepared to contribute to the community, project a positive vibe and show they're not afraid to ask for help.

"The people who get the most out of their co-working community are the people who put the most in. Be friendly. Go to the community drinks. Be a human being who is positive and engaged with the people around them, and people will naturally help you out, and ask for help in return," she says.

"About 50% of our members have raised investment for their companies through introductions from other members - so being open to the community can be the difference between 0 and 1 million."

Welsh ICE is also driving startups forward, particularly those in the tech sector. Based in the Welsh town of Caerphilly, it has contributed a staggering 13.8 million to the Welsh economy and supported hundreds of companies. Gareth Jones, CEO of the organisation, says co-working is effective in the tech sector because there's so much surrounding talent.

"There are a good number of pros [to] coworking if you are in the tech sector, one advantage being the talent you have around you on a day to day basis. This really helps you to keep up to date with what is happening in the industry, share your views and be informed by others, and highlight topics that you might need to brush up on, or trends that you might have missed," Jones says.

"This requires a confident character, as it can sometimes be perceived as a threat. However we have found in our community that this is never the case, so long as everyone has the right attitude."

Despite many positives, there are drawbacks. Jones believes that the number of opportunities can often overwhelm people using the space, and making the most of them takes a disciplined approach. "[You need] to know what to say yes to, and how to say no more often. The opportunities can completely alter your path, but that might not always be a good thing, and it is hard to be ruthless when you are swept up in all the excitement," he says.

Learnium, an edtech platform, is one of the many businesses based in a co-working space. The company has been working from Cardiff-based Indycube for a few months, and this has helped it expand its network and create new business opportunities. Robert Dragan, CEO of the company, says: "In February 2016, Learnium transitioned from a small office to a co-working space. Looking back this was a good decision, for several reasons.

"Firstly, the coworking office enabled us to speak to more people and to quickly expand our professional network. For a startup like ours this was refreshing and exactly the kind of outcome we were hoping for. The one concern I had before moving in was that my team would get distracted and unproductive in this environment, but I was wrong.

"The board room and other more secluded spots around the office offer the privacy that one might require from time to time. We've also become accustomed to putting on headphones to signal to the others that we are focused on the task at hand and we should not be disturbed.

"The last point worth mentioning is that coworking spaces are also good at fostering creativity and creating a sense of community. It's often the case that when asking for advice around the office, the perspective others bring is so novel that we end up exploring new ideas and approaches. All in all, coworking has been a great experience for Learnium and I would recommend it to other startups or freelancers."

While it's easy to view coworking as a different type of office,, it's more than just a working space. Instead, it's better to look at coworking as a means of business growth. These spaces are communities where startups can grow, and in many ways, they're all on the same journey.