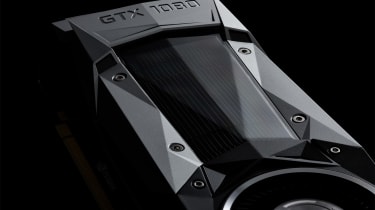 Nvidia has seen its biggest quarterly growth in six years thanks to surging demand for their new range of high-end graphics cards.

Revenue for the third quarter rose by 53% to $2 billion, smashing analyst predictions of just $1.69 billion. The news sent shares soaring to record highs of $77.40 in after-hours trading, up 14.2%.

The company's graphics processing unit sector, meanwhile, is up 52.9% this quarter to $1.70 billion, accounting for 85% of all Nvidia revenue.

Nvidia launched its eagerly anticipated Geforce GTX 10 series GPUs back in May, considered the most powerful range of desktop cards on the market. Nvidia now hold around 70% of the market share for discrete graphics chips.

"Our GPU deep learning platform runs every AI framework, and is available in cloud services from Amazon, IBM, Microsoft and Alibaba," added Huang. "GPU deep learning has sparked a wave of innovations that will usher in the next era of computing."

Nvidia has revealed plans to return $1.25 billion to shareholders though quarterly dividends, and an additional $2 billion through share repurchases. The firm also announced a 22% increase in quarterly cash dividends to $0.14 per share, which will be paid on to all shareholders on 28 November.

"I certainly had suspected that the possibility of them beating consensus by a decent margin was certainly on the table," said Canaccord Genuity analyst Matt Ramsay, speaking to Reuters. "Did I expect them to beat consensus by $300 million? No."

Net income for the company rose to $542 million, at 83 cents a share, up from $246 million this time last year. Nvidia has forecasted even more growth for the fourth quarter of fiscal 2017, increasing to $2.10 billion.