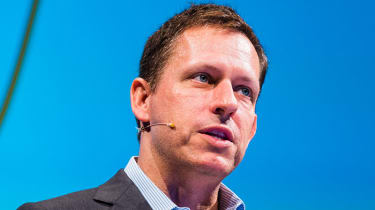 PayPal founder Peter Thiel will join Trump's transition team, reportedly helping him build bridges with technology companies in Silicon Valley and other tech hubs around the US.

"A page in the book of history has turned, and there is an opening to think about some of our problems from a new perspective," Thiel told The New York Times. "I'll try to help the president in any way I can."

His words (and actions) come as huge swathes of the technology industry are speaking out about Trump's win, with venture capitalists discussing a California secession, leaving the state and possibly the country, to find companies in other areas they could invest in.

Thiel himself came under fire for announcing his support for the candidate before the results were announced and after donating $1.25 million to Trump's campaign. There were calls for him to stand down from his board position at Facebook and as an advisor at Y Combinator.

However, the tech innovator explained his decision to support Trump was made because he felt Clinton did not address many of the issues affecting US business at the moment - a sentiment he claimed many US voters shared. He now wants to reassure those in the most powerful tech superhub that the new president isn't a threat and can help their businesses prosper.

"[Donald Trump's] odds were very badly underestimated," Thiel added. "Trump voters were not being captured by the polls. A lot of the dynamics were very similar to the Brexit vote in the UK," he said.

People have become disillusioned with the US's failing economy, Thiel said, leading voters to look outside the so-called political elite. Trump took advantage of the fact Clinton didn't remember, as her husband had in 1992, to talk about how she would fix the economic downturn, which was a huge mistake in Thiel's opinion.

"Somehow the Clintons did not remember," he said. "It was a blind spot."