The CIO-CEO relationship: What’s changed, and what still needs to change?

CIOs aren’t disappearing, they’re becoming more important to CEOs than ever before 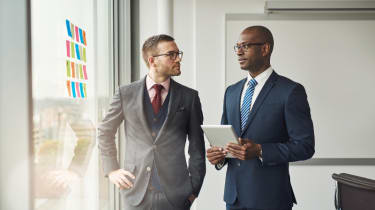 One distinction between chief information officers and their C-level peers is that, unlike the roles of chief executive officer, chief marketing officer and chief financial officer, the CIO role is continually questioned. Should the CIO still exist? Should a chief digital officer (CDO) be employed in their place? Should the CIO be on the board?

But the statistics don't tell the whole story; Graeme Thompson, SVP and CIO of Informatica believes many people still misinterpret the CIO as 'the computer guy', stowed away in a back office while the CEO makes critical business decisions.

This kind of thought process is even worse if it comes from the CEO and board themselves. Andy Wilton, CIO of Claranet, says that CEOs and boards that make a business decision and then instruct the CIO to execute on what is deemed 'the IT element' are "old fashioned".

The modern approach would be to make no distinction between a 'business' decision and a 'technology' decision, and a lot of CEOs are making this transition as a result of crucial conversations they're having with CIOs about areas such as cyber security.

"In spending time preparing for negative scenarios, I think it's become clearer to the CEO that the CIO is a business leader and not just a technology plumber, which then leads to greater involvement in the strategic direction of the firm," says the CIO of global law firm Linklaters, Matt Peers.

In the last decade, giant businesses have crumbled because they failed to keep up with the pace of change in technology; Shiva Kumar, CIO/CTO of online mattress retailer Eve Sleep says those businesses who continue to see technology as a cost centre "don't have any more space in this and a future market" and this is why the relationship between a CIO and CEO has had to change.

Peers adds that the CIO role has evolved from someone who always presented problems to the CEO, such as getting off legacy systems and getting websites live to one where they are seen as a business enabler by the CEO.

This shift in importance has led to a similar dynamic to the relationship between a CEO and a CFO, claims Kumar.

"While the CFO is still a friend of the CEO, the CIO is the one who leads by influence within an organisation using technology as an accelerator within and outside the organisation," he states.

Consumer expectation is another factor which has resulted in CEOs relying on CIOs more than they did five years ago. Customers want companies to provide services and products that are intuitive and easy-to-use, and will ignore those that don't.

So while five years ago CIOs were aiming to gain more visibility and clout with their chief executive, now CEOs are coming to them for information on transformational technology that can drive both market competition and a better consumer experience.

Vincent Delaroche, CEO of CAST, adds that it's also important is for CIOs to provide information at times of emergencies; during a glitch, outage or data breach, for example.

"When something disruptive happens that could cost millions of dollars, boards are keen to show shareholders that they're taking care of the problem. This means the CEO gets thrown into the lion's den to pacify angry stakeholders," he says.

What CEOs are looking for in this kind of scenario is a CIO with a firm understanding of the structural health of their IT systems, and any associated risks, who can then effectively transfer this knowledge to the CEO.

"They now speak in true business terms rather than technical jargon," says Peers, who adds that conversations between the two now tend to be about prioritisation and change management, and that business cases from IT are no longer just about cost and risk but about how technology can improve the working lives for people with benefits such as flexible working.

The majority of CIOs now are focusing on how they can gain more insights from their data using analytics, and Peers believes this focus has contributed to the way the CIO and CEO relationship has developed.

"For example, it's now possible for the CEO to get all their key management information on their smartphone on a real-time basis moving forward I see the roles continuing to work in a tightly coupled fashion," he states.

Such is the importance of data to businesses, that it could be the key area where CIOs prove their worth to CEOs.

"Now that data is indispensable to business, the CEO will need the help and guidance of the CIO to bring data into the boardroom, uniting disparate divisions behind transformative initiatives to push the company forward," says Informatica's Thompson.

"Therefore, it's essential for CIOs to push themselves forward and take up the responsibility that will let them gain the CEO's trust," he adds.

Emerging technologies such as artificial intelligence (AI) will also have a significant impact on the way the business operates and how people work, according to Peers.

He believes that as the CIO has been exposed to complex change initiatives over the past decade, they are the perfect candidates to be at the centre of this change and act as trusted advisors to the CEO.

IT leaders without an IT background

Chris Cook, president and CEO of Delphix says that he's seeing many more people with 'business' backgrounds in the role of a CIO including one Fortune 100 company that has a former HR executive as their global CIO.

This is because companies are repositioning the CIO as a strategic partner to a CEO.

However, in these cases, it's unclear whether the CEO will be able to rely on the CIO in times of IT emergencies, or in terms of providing transformational technology.

As Jon Wrennal, CTO of Advanced states, any CEO without a tech savvy leader at their right hand whether it is a CIO, CTO or CDO would represent a significant risk to the business.

That isn't to say a CIO can't come from a HR or other 'business' background, as long as they have enough knowledge of the IT space and can be relied upon by the CEO at all times.

However, this could undermine the role of the CIO in the long run.

"The only threat to a CIO's future is that the rest of the board, and the CEO, becomes more aware of technology than they are," states Wrennal.

In an ideal scenario, a company's whole board CEO included will expand their knowledge of IT and technology to make informed decisions and drive innovation. In this set up a CEO would still rely on a CIO for in-depth IT knowledge, but will have a greater understanding of critical areas of IT such as disaster recovery, security, and analytics, than they do now.