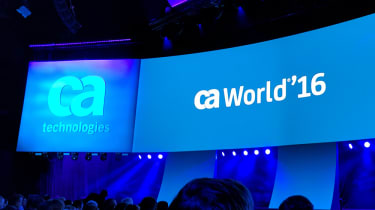 Agility will be key to the success of the fourth industrial revolution, according to CA Technologies' CEO, Mike Gregoire, who said that the industry stands "at the centre of a global business revolution".

Speaking at the company's annual conference CA World in Las Vegas today, Gregoire emphasised how much traditional business models have changed, and said that the pace of this change is only likely to increase in the future.

"In the old days, you set your strategy and executed it over years. Competitive advantages were achievable aver long periods of time," he told attendees. "Today, time is compressed. The old investment map is failing.

"In the old model, you might take two years to develop a product that has a five-year lifespan. Today, with technology changing so fast, that five-year lifespan might be two, or even less. That means you have to innovate faster, with compressed lifecycles."

While Netflix, Uber and Airbnb are traditionally the poster-children for the app economy, Gregoire pointed to Tesla and Dominos as key examples to watch and emulate. Half of Dominos's sales now come through online platforms, he revealed, and experimentation around new innovations such as emoji and voice-control ordering have propelled the company to impressive levels of growth.

Business agility is about more than just technology and tools, however, according to Gregoire. He pointed out that it also involves a substantial cultural change. Companies need to be 'built to change', he said, and adopt new attitudes to the fundamentals of business.

"Inside these built-to-change companies, management is different," he said. "For one, thing, they bet on people. Teams are celebrated, not the individual. The vibe is collaborative, not hierarchical. Processing is in parallel, not linear."

"If you want to build a company that's built to last, you'd better built it to change. A company that understands the value of risk taking, a company that seeks step-changes, instead of incremental improvements... an agile company: top to bottom."

Are you trying to deliver on digital transformation? Sign up to our live webinar on 7 December, sponsored by IBM, to find out how.