Company wants to be your partner in digital transformation 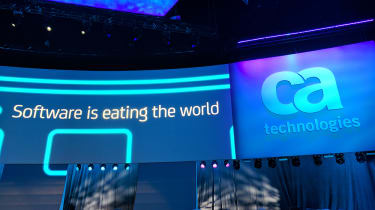 Speaking at CA World 2016, chief product officer Ayman Sayed said: "We are very focused on making our products quicker time-to-value, making them easier to use and consume, adding capabilities such as 'try and buy', catering to new personas such as the emerging and more prominent role of the user versus the buyer."

He also emphasised that user experience is a key area for CA, as is supporting line-of-business users, saying: "As more and more technology shifts from IT to the line of business, we need to be there to help these new personas consume our products and solve their most important problems."

The majority of the announcements focused around the company's DevOps products. Its Application Performance Management tool has been made easier to use, with a redesigned interface and intelligent suggestions to guide inexperienced users through diagnosing performance issues.

Integrating the company's APM software has gotten easier with the introduction of a 'zero-touch configuration' agent. CA APM has also added improved analytics capabilities, courtesy of an integration with the company's recently-launched App Experience Analytics product.

To speed up releases, CA announced that it has purchased open source performance testing product BlazeMeter, which it has integrated with its APM tools.

Cloud is a key part of DevOps for many companies, and in order to support that, CA has announced that extensions for Docker, Nginx and RabbitMQ will be available on the CA APM Marketplace.

Likewise, CA APM will itself be available on the AWS Marketplace for cloud-based projects. In terms of SDN platforms, CA has added support for Cisco ACI and Nokia Nuage to its Virtual Network Assurance products.

CA has released a new version of its Agile Central product, focusing on simplifying adoption and deployment. It features new navigation and customisation tools, allowing users to craft their own experiences. "No longer do you have to choose between powerful and easy," Sayed said. "You can get both."

Finally, CA unveiled a series of new mainframe tools. The CA Mainframe Operations Intelligence suite is a new tool that utilises machine learning and advanced algorithms to foresee faults and problems before they have a tangible impact on performance, reducing downtime.

For companies migrating their mainframe software, CA has released the CA Conversion Service, a SaaS offering that automates software investment rationalising when migrating vendors. The new product promises to make the entire migration project easier and more painless for staff.

DevOps tools have come to the mainframe now too, including Release Automation Connector for z/OS for continuous delivery and an updated Endevor Software Change Manager.

Are you trying to deliver on digital transformation? Sign up to our live webinar on 7 December, sponsored by IBM, to find out how.